Kriti Sanon took to her Instagram handle and announced that she will be completing 8 years in the industry on May 23, 2023, stating, "start of a new journey." 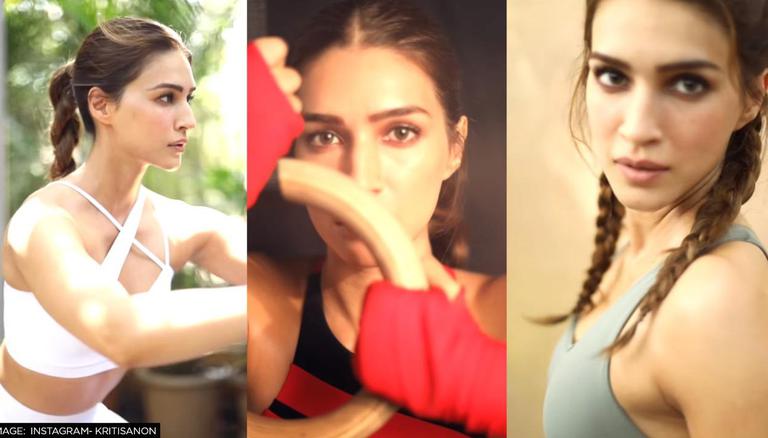 
Bollywood actor Kriti Sanon has proved to be one of the finest actors in the industry by taking on impressive roles in films like Luka Chuppi, Mimi, Bachchhan Paandey and more. The 31-year-old made her acting debut with the Telugu psychological thriller 1: Nenokkadine in 2014. She got starred in the commercially successful romantic comedies Bareilly Ki Barfi (2017) and Luka Chuppi, and her highest-grossing releases came with the ensemble comedies Dilwale and Housefull 4.

Sanon will soon mark 8 years in the industry on May 23, 2022, and a day ahead of it, she has teased fans with a new upcoming project, stating, "Announcing the start of a new journey tomorrow as I complete 8years here."

Now, on Sunday, Sanon took to her Instagram handle and announced that she will be completing 8 years in the industry on May 23, 2023. The Mimi actor dropped a video that sees her doing some intense yoga and fitness workouts. A part of the clip shows the actor in white workout clothes, another part of it shows her in a grey-coloured waist and she could also be seen donning red and black coloured gym clothes in a small part of the video where she could be seen performing boxing. Watch the video here:

The Heropanti actor took to the caption and penned a note which is all about 'new beginnings' that she is going to kickstart on May 23, that is, tomorrow. The caption read, "Started my journey as an actor in the Hindi Film Industry on 23rd May. Announcing the start of a new journey tomorrow as I complete 8years here.. Stay Tuned! Tomorrow 1 pm!".

Kriti Sanon on the work front

Interestingly, Kriti and Tiger will be seen together in the upcoming Vikas Bahl directorial Ganapath. The first part of the action drama will be released on December 23 this year. It is produced by Vashu Bhagnani and Jackky Bhagnani's Pooja Entertainment Production. Kriti also has films like Shehzada, Adipurush, Kabhi Eid Kabhi Diwali and Bhediya in the pipeline.