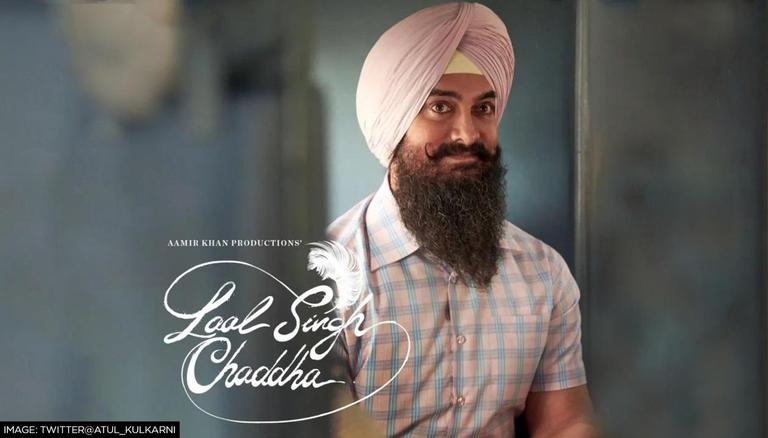 
After building much anticipation around Aamir Khan's upcoming film Laal Singh Chaddha, the makers finally dropped the trailer. The fans were surprised by the intriguing trailer during the Indian Premier League (IPL) finale that took place on May 29 at Narendra Modi Stadium in Ahmedabad.

Soon after its release, the trailer met tremendous reviews and responses from the fans who were fascinated with Bollywood's 'perfectionist's' acting. The upcoming film is the remake of Tom Hanks' 1994 classic film Forrest Gump which will also feature Aamir's 3 Idiots co-star Kareena Kapoor Khan and Mona Singh in key roles.

The trailer of Laal Singh Chaddha gave fans a glimpse of Aamir Khan's character Laal and how he navigates through life while being different from others. Since the film is an adaptation of Forest Gump, fans spotted several similarities between the two films after watching the trailer. While there were some who were in awe of the storyline, others questioned the remake.
One of the fans rooted for the film and revealed how it is expected to cross the Rs 200 cr club. "Watched #LaalSinghChaddhaTrailer  #LaalSinghChaddha first-ever movie that will collect 2000cr," the user wrote. Another netizen hailed Kareena's acting and wrote, "No One can beat my queen." A third user echoed similar sentiments and wrote, "Just saw laal Singh chaddha Trailer.... amazing...as usual Amir and team have done a great job ... excited to watch.."

The trailer also shows Aamir Khan's dialect and acting similar to his previous roles in films like PK and Dhoom 3. In the video, the actor perseveres against all odds and wins races and even graduates, leaving all stunned. However, with this concoction, fans were slightly disappointed after they felt the trailer did not meet their expectations. One of the users who seems to be not happy with the trailer, reviewed, "#LaalSinghChaddhaTrailer is not up to the mark looking like I m watching the sequel of PK in the start of the trailer n then movie Fanaa." Another user chimed in and commented, "A total disappointed."

#LaalSinghChaddhaTrailer is just awesome.
So many guys are saying he acts like dhoom 3 and pk. But guys you haven't seen the movie yet.
Just carefully look at every frame you will get.
Aur likh ke lelo it will be blockbuster. #aamirkhan nailed it to my expectations after FG.