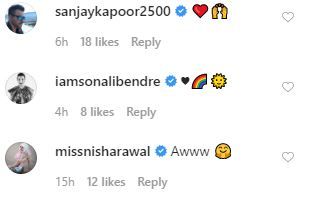 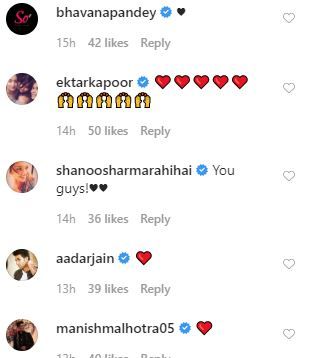 ALSO READ: Rishi Kapoor In Smiles As He Returns To Mumbai After A Year With Neetu

Both celebrities and netizens have commented in the picture saying that the two give couple goals. Many stated that Rishi and Neetu Kapoor are their favourite couple. While others have showered the post with many heart emojis. Bollywood biggies right from Bhavana Panday to Sanjay Kapoor and Manish Malhotra have commented on the post. Riddhima Kapoor also shared a picture of her parents on her Instagram account. She wrote that she loved her 'most gorgeous patents' in the sweet post. 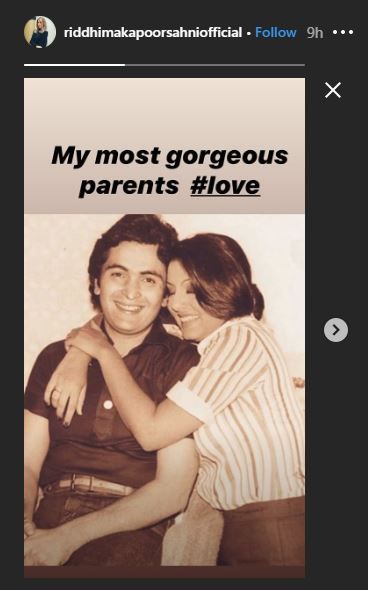 The couple has acted together in Bobby and numerous other movies. While Rishi Kapoor was recently admitted to a hospital in Delhi for viral fever, Neetu Kapoor stood by him like a rock. Talking about their marriage, Rishi Kapoor had previously told a leading movie director during an interview that much like every other couple, they too went through a rough patch. Rishi Kapoor said that Neetu Kapoor handled all the shocks he gave her and that she stuck with him through it all. He even added that it was very difficult at the time, but Neetu Kapoor absolved all the shocks that he gave her.