Not only is Parineeti Chopra good at acting, but the actor is also great at trying a new look and a new hairstyle with every different character. Read ahead-

Parineeti Chopra is one of the finest actors from the new generation. After doing movies like Golmaal Again, Meri Pyari Bindu, and Jabariya Jodi, she has successfully created a unique place of her own in the industry. Along with being an over-achiever in her career, Parineeti Chopra is also an internet and social media sensation today, with around 24.8 million followers.

Having entered the industry with Maneesh Malhotra’s Ladies vs Ricky Bahl (2011), Parineeti has proved her versatility by playing various different types of characters throughout her career. Not only her acting, but the actor is also great at trying a new look and a new hairstyle with every different character. Here are the best onscreen looks and hairstyles of Parineeti Chopra. Read ahead to know more- 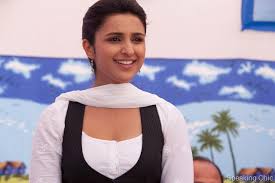 Even though Parineeti debuted with Ladies vs Ricky Bahl, she got her first major breakthrough with Maneesh Sharma’s Ishaqzaade (2012). Parineeti played the lead role in the film, alongside debutant Arjun Kapoor. The film also cast Gauhar Khan in a pivotal role. The plot of the film revolved around a Hindu man and a Muslim woman, who while fighting for the political supremacy of their respective families, share a forbidden romance. In the film, Parineeti Chopra played the character of a simple girl, who wore Indo-Western clothes, and went for the no-makeup look. She kept her hair tied neatly in a plate, throughout the film. 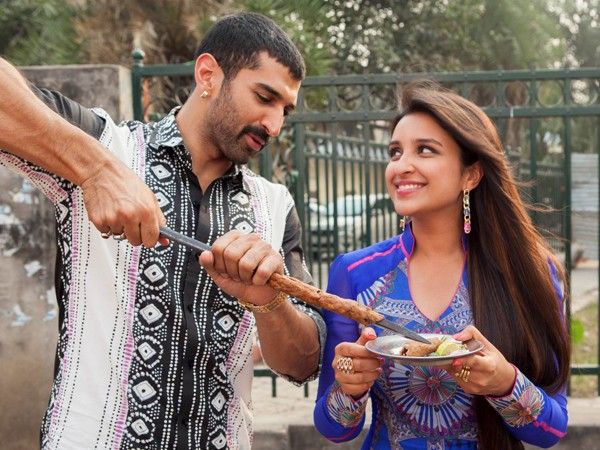 Parineeti Chopra played the female lead character in Habib Faisal’s Daawat-e-Ishq, alongside Aditya Roy Kapur. The film also had Anupam Kher in a pivotal role. The plot of the film revolves around the story of Gullu, a Hyderabadi girl frustrated with dowry-seeking men and Taru, a charming Lucknawi cook, with an old-fashioned world-view. In the movie, Parineeti was seen in a completely Hydrabadi look, wearing beautiful ethnic clothes, rings, earrings, and keeping her makeup nude. She left her wavy and long hair open, giving them a side-partition. 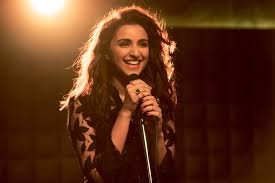 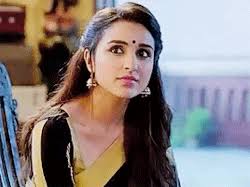 In 2017, Parineeti Chopra played the female lead character in Akshay Roy’s Meri Pyaari Bindu, alongside Ayushmann Khuranna. The plot of the film revolved around a successful writer Abhimanyu Roy, who is stuck with writer's block. He later returns to his roots to write an old-fashioned love story. In the film itself, Parineeti has changed the look of her character from a carefree, modern, and spontaneous girl to a perfect Indian wife. She was first seen wearing modern clothes and applied heavy makeup, also leaving her wavy hair open and giving them a messy look. Later, Parineeti was seen in a saree, with nude makeup and her straight hair tied at the front and left open at the back.