Prabhas Wishes Amitabh Bachchan On His 79th Birthday; Calls Him 'legend Of All Times'

On Amitabh Bachchan birthday, Prabhas penned a short but heartfelt note for the legendary actor. He also called Big B "the Legend of all times." 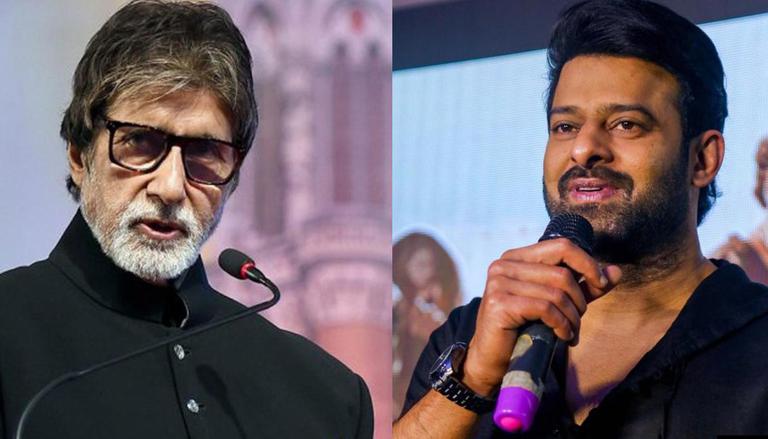 
Veteran actor Amitabh Bachchan recently rang into his 79th birthday. The actor is one of the most celebrated stars in the film industry and is an inspiration to millions. One among them is South star Prabhas. On Amitabh Bachchan's birthday, Prabhas penned a short heartfelt note for the legendary actor. He also called Big B "the Legend of all times."

Taking to Instagram, South star Prabhas shared a photo of Amitabh Bachchan. To wish the iconic star, Prabhas wrote, "Happy Birthday to the legend of all times @amitabhbachchan Sir!." The actor also added a series of folded hands emojis in the caption. Prabhas and Amitabh Bachchan will soon share the screen in their upcoming film Project K.

Prabhas to star alongside Big B in Project K

On the occasion of Guru Purnima, Prabhas announced his upcoming film Project K in which he will co-star Deepika Padukone and Amitabh Bachchan. The Bahubali actor shared a photo of a clapboard with "Project K" written on it. In the caption, Prabhas mentioned how he was honoured to clap for Big B. He wrote, "On this #GuruPurnima, it is an honour for me to Clap for the Guru of Indian cinema!… it now begins!! Project K." Ashwin Nag is helming the upcoming film while Vijayanthi Movies is bankrolling it.

The official Twitter handle of Vijayanthi Movies also made the announcement sharing the same photo. The tweet read, "𝑰𝒕 𝑩𝒆𝒈𝒊𝒏𝒔... On the special day of #GuruPurnima, We start with the guru of Indian cinema. Clap by our Prabhas." Ashwin Nag reacted to the Tweet and mentioned how it had been a long time and they have a long way to go. He wrote, "It has been a long time coming...and there is a long way to still go...but what a great start to the journey with @SrBachchan sir himself...humbled and grateful this Guru Pournami."

It has been a long time coming...and there is a long way to still go...but what a great start to the journey with @SrBachchan sir himself...humbled and grateful this Guru Pournami 🙏 #Prabhas @deepikapadukone #ProjectK https://t.co/GTy0X6b6N2

On the work front, Amitabh Bachchan has several upcoming films in the pipeline. The actor will star opposite Deepika Padukone in the official Hindi remake of The Intern. He will also be featured in Brahmastra alongside Ranbir Kapoor and Alia Bhatt. The actor is waiting for the release of his film Mayday. It is scheduled for April 29, 2022. Big B also has Goodbye in his kitty, starring Rashmika Mandanna.

WE RECOMMEND
Saif Ali Khan shares experience of working with 'Bahubali' Prabhas in 'Adipurush'
Amitabh Bachchan shares dilemma behind an endorsement deal; says 'blame would come on me'
Prabhas joins hands with Sandeep Reddy Vanga for his 25th film 'SPIRIT'
Amitabh Bachchan and Rajat Kapoor to record voiceovers for upcoming serial 'Vidrohi'?
KBC: When Abhishek Bachchan put Amitabh Bachchan in the hot seat; Watch
Listen to the latest songs, only on JioSaavn.com