Priyanka Chopra who is currently promoting her much-anticipated film, 'The Sky Is Pink' channeled her inner desi girl in the recent pictures that have surfaced

Priyanka Chopra who is currently promoting her much-anticipated film, 'The Sky Is Pink' channeled her inner desi girl. Stunning in a white and red polka dot saree, the actress looked extremely stunning as she posed for =the shutterbugs with co-star Farhan Akhtar. Take a look! 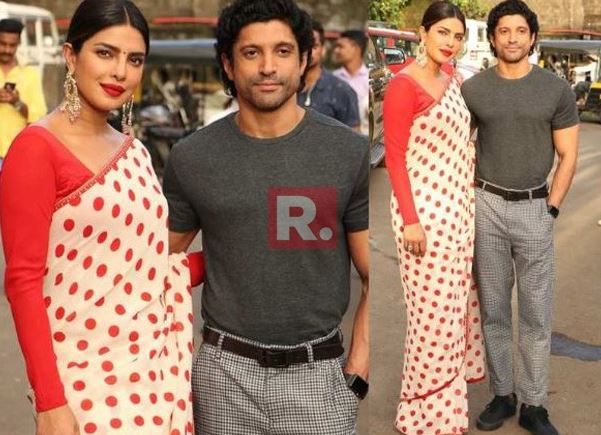 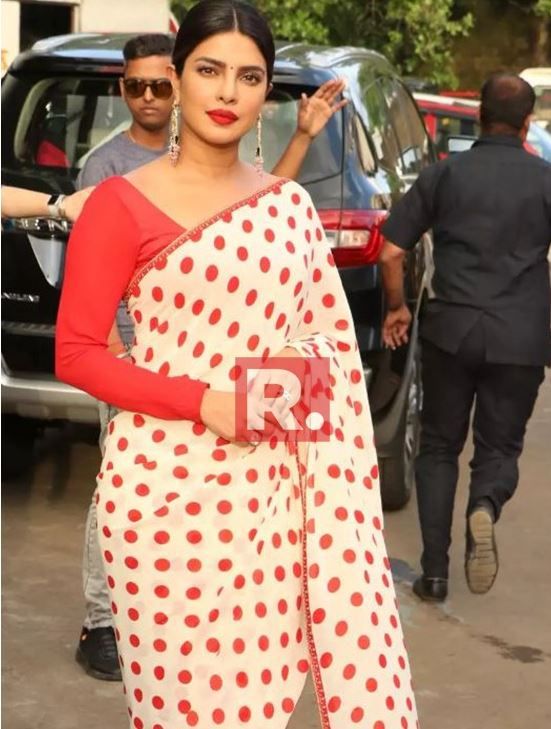 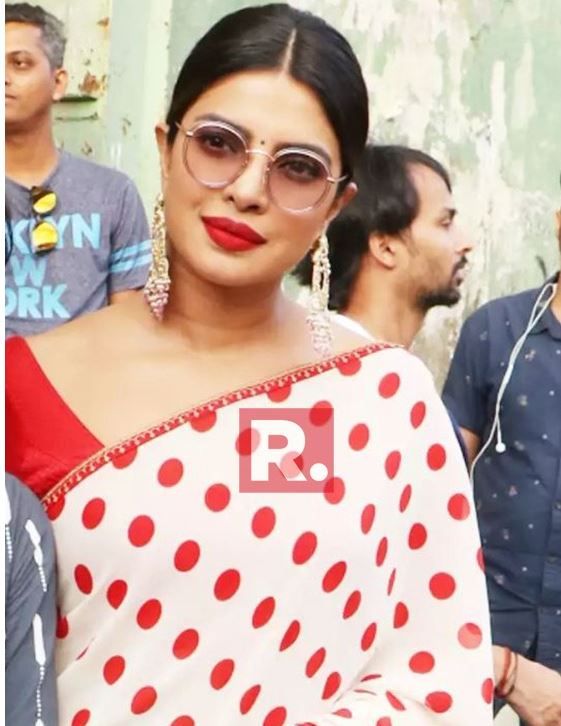 The Sky Is Pink:

'The Sky Is Pink' revolves around a couple dealing with their child’s health issues. Farhan Akthar and Priyanka Chopra play the leading roles in the film. Zaira Wasim also plays an important role in the film. The film is directed by Shonali Bose who has also helmed films like 'Margarita with a Straw' and 'Amu'. The film is also being produced by Priyanka Chopra, under her banner Purple Pebble Pictures. The film was recently premiered at the Toronto Film Festival. The film is all set to hit the theatres on October 11, 2019

READ: The Sky Is Pink: Why Do Fans Have Such High Expectations?

Social media reacts to the trailer:

Priyanka Chopra recently shared a clip of the latest song Dil Hi Toh Hai on her official Instagram handle. The music, which is produced by Pritam and written by Gulzar, is being widely appreciated by the audience. The trailer of the film is also being recognized. Considering the buzz and curiosity around the plot of the film, the film is expected to do well at the box office.

Film was shown at TIFF:

During the event, both the lead actors- Priyanka and Farhan were interviewed by a news agency. The former was shooting for the film during the initial days of her marriage and found the role of Aisha’s mother to be extremely taxing due to the themes of the film. However, she managed to work through because of her husband Nick Jonas's support.