International star Priyanka Chopra recently shared another photo from her Spain diaries and gave away some words of wisdom. She wrote about moving forward. 
Priyanka Chopra Jonas has been exploring Spain ever since her Citadel's Spain schedule began. The actor has turned tourist as she often goes sightseeing with her mother Madhu Chopra. She recently shared another photo from her Spain diaries and also gave away some words of wisdom.

Taking to Instagram, Priyanka Chopra shared a new photo from her series in Spain. The Quantico actor shared a photo from the streets of Spain in which she donned a pair of blue and white shaded t-shirt and shorts. She held a water bottle in her hand and posed with an intense look. In the caption, the actor wrote, "If you’re not moving forward... you fall back." The actor also added the hashtag 'Musings' as she shared her thoughts. Priyanka's fans drooled over her casual look and showered her with love in the comment section. Have a look:

Priyanka Chopra has been exploring Spain with her mother, Madhu Chopra, and pet chihuahua, Diana. Taking to Instagram stories, earlier this week, Priyanka Chopra shared a photo from her sightseeing diaries. Dressed in a white shirt and black skirt, Priyanka posed with Madhu Chopra at a historic location in Spain.

READ | Priyanka Chopra opens up about her in-laws, says they are 'deep-rooted' & 'understanding' 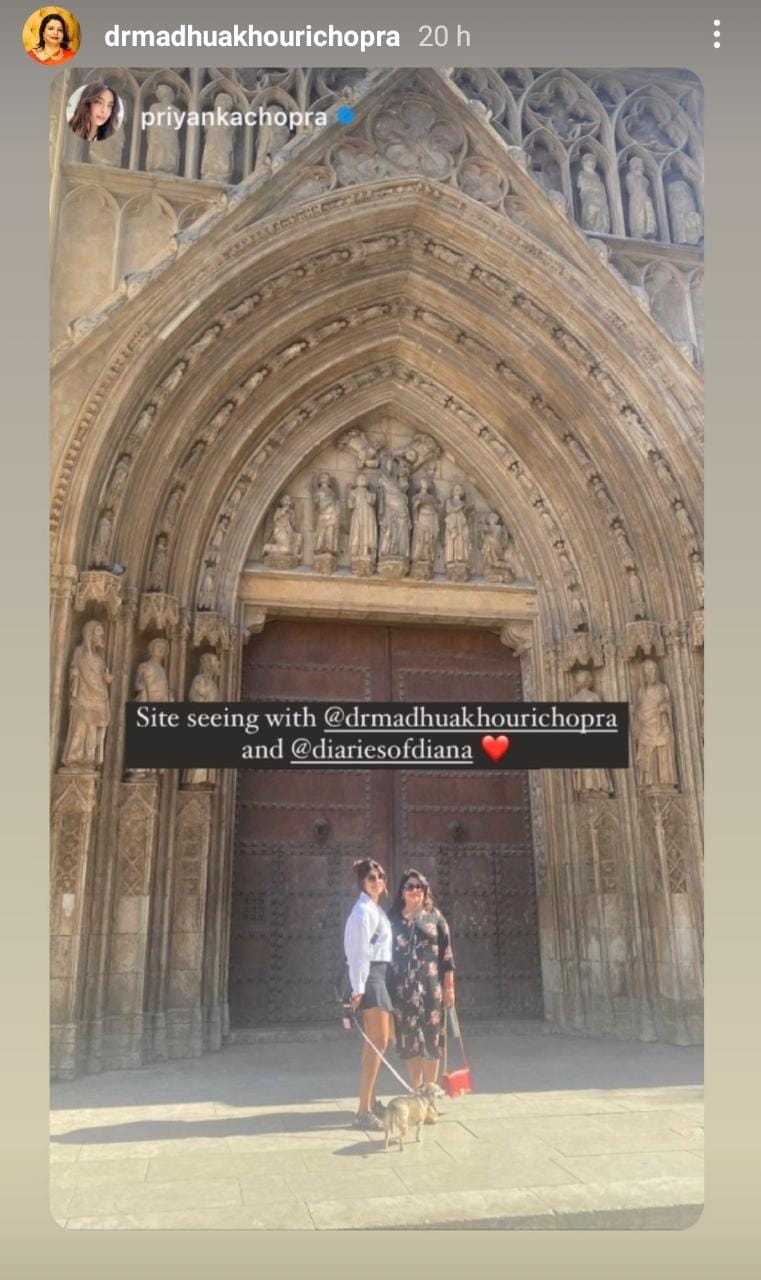 Last week, Priyanka Chopra took a day off from her shoot and went on a yacht trip with Madhu Chopra and her close friends. The actor took to her Instagram handle to share a series of photos from her yacht outing. The Dil Dhadakne Do actor stunned in a yellow monokini and also had a swim in the ocean. She also posted a few photos in a red bikini which she wore with a white long shrug. The actor also showed off her jet ski skills via the photo-sharing platform. Sharing the photos, Priyanka wrote, "A perfect day off."

Priyanka Chopra is currently shooting for her upcoming spy thriller series Citadel. She will co-star Game Of Thrones fame Richard Madden in the much-anticipated series. Ruddo Brothers and Patrick Moran are creating the show. It is set to debut on Amazon Prime Video. Apart from the series, Priyanka Chopra also has The Matrix: Resurrection, Text For You and Bollywood film Jee Le Zara in her kitty.