R Madhavan Calls Hrithik Roshan 'Greek God'; Says He Wants To Do Films That He Does

R Madhavan recently heaped praises on 'Greek God' Hrithik Roshan, noting that he wants to work in 'all the kinds of films' that the 'Koi Mil Gaya' star does. 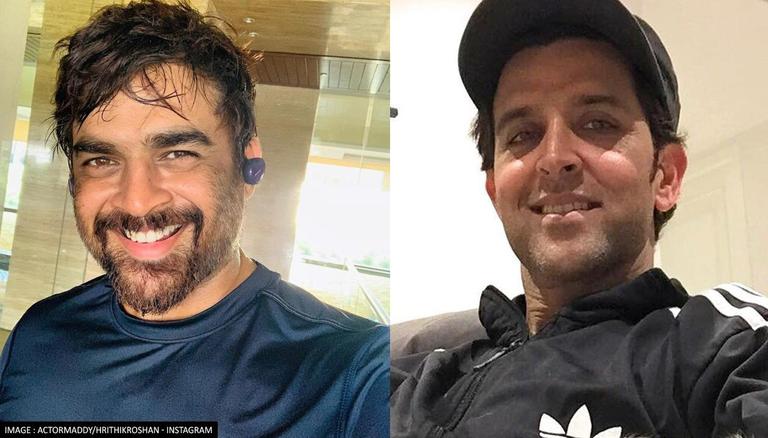 
Fans will soon witness Hrithik Roshan appear alongside Saif Ali Khan in Vikram Vedha, which comes as the remake of a 2017 Tamil film by the same name starring R Madhavan and Vijay Sethupathi in lead roles. Hrithik's first glimpse as Vedha from the film not only shook the audiences but also took Madhavan by surprise as he heaped praises of the former's 'epic' avatar.

Madhavan hasn't shied away from showering praises of Hrithik even during the film's shooting and has now revealed that he wants to work in 'all the kinds of films' that the Koi Mil Gaya star does. In a conversation with Hindustan Times, Madhavan spoke about his huge admiration for Roshan, stating that he looks like a 'Greek god' even now.

R Madhavan talks about his admiration for Hrithik Roshan

Quipping that both the actors started out at the same time, the Decoupled actor quipped that he wants to the essay roles that Hrithik has taken on. Further praising him for pulling off phenomenal action scenes, Madhavan said that simply desiring these roles won't help him. He remarked how he needed to be in shape and fit like Roshan for starring opposite Katrina Kaif.

He further stated that he likes to play to his strengths and that the project's script, story and character make all the difference to him. He also spoke about not wanting the morbidness of COVID spilling into his work, noting that he is looking out for 'COVID-19 proof’ storylines.

Madhavan doesn't want to be dragged into being 'morose and sad', and mentioned how anything 'happy and cheerful' would fit the bill. He also cited the example of his latest show Decoupled, which was on the merrier side and spread cheer. 'It was right up my alley', he added.

READ | R Madhavan on Saif stepping into his shoes for 'Vikram Vedha': 'He could steal my thunder'

His latest Netflix show Decoupled starred him as Arya and Surveen Chawla as Shruti, a couple trying to fix their lives while being in a troubled marriage. Its plot revolves around the separating couple who talk about marriage as they decide to stay together for their daughter's sake. The actor is now awaiting the release of Rocketry: The Nambi Effect, which also marks his directorial debut.

WE RECOMMEND
R Madhavan reacts to Hrithik Roshan’s first look from 'Vikram Vedha;' says 'this is EPIC'
Juhi Chawla wishes Hrithik Roshan on his b'day; promises to plant '1000 trees' for him
R Madhavan on Saif stepping into his shoes for 'Vikram Vedha': 'He could steal my thunder'
Hrithik Roshan, ex-wife Sussanne attend Sanjay Khan's 81st birthday celebration | See pics
Is Hrithik Roshan teaming up with Samantha Lockwood for a film? Here's what we know
Listen to the latest songs, only on JioSaavn.com