Ranveer Shorey Tweets About 'everlasting Love'; Asks Netizens To Discuss If It Exists

Actor Ranveer Shorey took to his social media to have a heart to heart discussion with his fans on the existence of unconditional love. 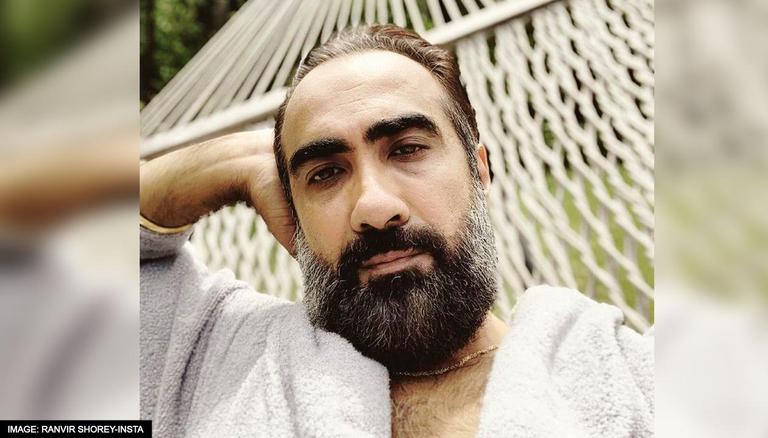 
When Ranveer Shorey is not showing off his acting chops on the big screen, he is on the social media platforms engaging his fans with his quirky yet opinionated remarks. The candid discussions with his fans cover various topics ranging from films, politics to philosophy. Delving into the intimidating topic of love, the actor opened up a forum on his feed inviting his fans to voice their opinion on his statement. The Lootcase actor took to his Twitter to share his standpoint on the subject of everlasting and unconditional love. He spoke on the paradox that exists between both the matter and explained his view in simple words. Not stopping there, he asked his fans to jump in on the discussion and talk about their idea of the topic. Ranveer tweeted,

Unconditional and everlasting love does not exist.

If it’s unconditional, it’s not everlasting.

If it’s everlasting, it’s not unconditional.

Fans did not disappoint the actor as many were quick to discuss the matter, with some agreeing with him while many others presented a counter view. While presented a decent argument, the most prevailing word in the whole discussion was 'Mother'. Many argued with the actor that a mother's love is both everlasting and unconditional as one user wrote, ''The love of a mother for her children is unconditional and everlasting.''

How is it unconditional?

Upon being questioned by the actor who asked, ''How is it unconditional?'', the user delved deeper into the subject by narrating two stories that perfectly summed up his belief. However, the actor was quick to present a counterview on the topic of Mother's unconditional love by asking a fan to watch the 1957 critically acclaimed movie 'Mother India'. He also believed that all 'parent-child love' is conditional.

I think all parent-child love is conditional.

Starting assumption has to be that we aren’t discussing exceptions but majority. Then there has to be definition of Love (which there can’t be). Unless u have that the question is abstract, subjective & tied to personal experiences and interpretation. So yes mothers love is both.

"Doesn't exist" is a generic statement. Pointing to exceptions (Mother India, Vikas Dubey's mom) as justification is unfair. Parents of most children will go to any extent for their children unconditionally, selflessly,till they live. Even one such example negates "doesn't exist"

On the work front, the actor has several successful movies under his belt and numerous accolades to recognise the stellar performances throughout his career. Ranveer Shorey's latest movie was Lootcase in 2020, which gained critical acclaim. He will next be seen in Mumbaikar and Tiger 3.