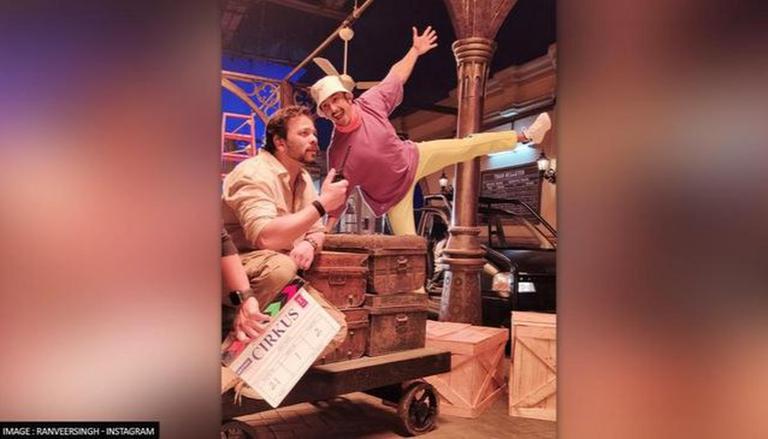 
Actor Ranveer Singh's third collaboration with director Rohit Shetty field Cirkus got a new release date with the film all set to release in theatres in mid-2022. Also starring Jacqueline Fernandez and Pooja Hegde, the film's release date announcement came after the director admitted waiting for the window to release it. Check out the new release date of Cirkus.

Taking to his official social media handle, film critic and trade analyst, Taran Adarsh announced the new release date of the Rohit Shetty directed film Cirkus. Set to release in July next year, he wrote, '''CIRKUS' TO ARRIVE ON 15 JULY 2022... #Cirkus - director #RohitShetty and #RanveerSingh's third collaboration, after #Simmba and #Sooryavanshi - will arrive in *cinemas* on 15 July 2022... Costars #JacquelineFernandez, #PoojaHegde and #VarunSharma.''

In an interview with PTI, the Golmaal director opened up about the film's release after the success of his latest cop thriller Sooryavanshi which also featured Ranveer Singh. He stated, ''There's such a backlog, I didn't want to jump in. Also, everybody gave me that respect for not coming for two weeks when I came with 'Sooryavanshi', people could have clashed with me or come the next week. But they gave me that space because I was holding on to my film for so long''

He continued, ''Now it is my turn. Whenever I get a window, I will release it. The day I announced 'Sooryavanshi' (release date) I could've announced 'Cirkus' also, but that wouldn't have been right''

The upcoming film is based on William Shakespeare's classic play The Comedy of Errors which follows the story of identical twins being separated at birth. With Cirkus, the director intends to take his audience back to the days of Golmaal and All The Best which have become comedy cult classics in their own right. The last schedule of the movie is in Ooty and the team will leave for the same on December 2. Actors Varun Sharma, Siddhartha Jadhav, Johnny Lever, Sanjay Mishra and Vrajesh Hirjee are also set to feature in the upcoming movie.

On the other hand, Ranveer Singh will be seen in the sports biographical drama together titled 83 opposite Deepika Padukone. Set to release on December 24, the teaser was released by the actor with the caption, ''The greatest Story.
The greatest Glory. 83 RELEASING IN CINEMAS ON 24TH DEC, 2021, in Hindi, Tamil, Telugu, Kannada and Malayalam.''

READ | Ranveer Singh starrer 'Cirkus' to have a Diwali release next year? Here's what we know

WE RECOMMEND
Rohit Shetty reacts to 'Tip Tip Barsa' recreation criticism, says 'sometimes it backfires'
‘Singham 3’: Rohit Shetty, Ajay Devgn's cop drama to release on Independence Day 2023
Amitabh Bachchan expresses his desire to be part of Rohit Shetty’s 'Cop Universe'
Rohit Shetty jokes he will chop Ranveer Singh's role in 'Sooryavanshi'; See why
Rohit Shetty on 'Sooryavanshi' BO success: People told me nobody will come to to theatres
Listen to the latest songs, only on JioSaavn.com