The untimely death of veteran actor Rishi Kapoor has shocked the film industry. Sonam Kapoor shares an adorable picture along with a heartfelt note.

The untimely death of veteran actor Rishi Kapoor has left a void in the entire film industry. The actor passed away at the age of 67 in Mumbai this morning, i.e. on April 30, 2020, at HN Reliance Hospital. A number of his co-stars and fans have been expressing their sadness over the loss of the legendary artist. Sonam Kapoor was amongst the many celebrities who poured out her emotions on social media.

Sonam Kapoor took to her Instagram handle to mourn the loss of Rishi Kapoor. She shared an adorable monochrome photo of her giving a kiss on Rishi Kapoor’s cheek. Along with the picture, she also wrote a small note which reads, “Rest in peace Chintu uncle... All my love to you. I’m so sorry we all couldn’t say bye properly.” The actor also shared a few photos on her Instagram stories. Check out the posts below. 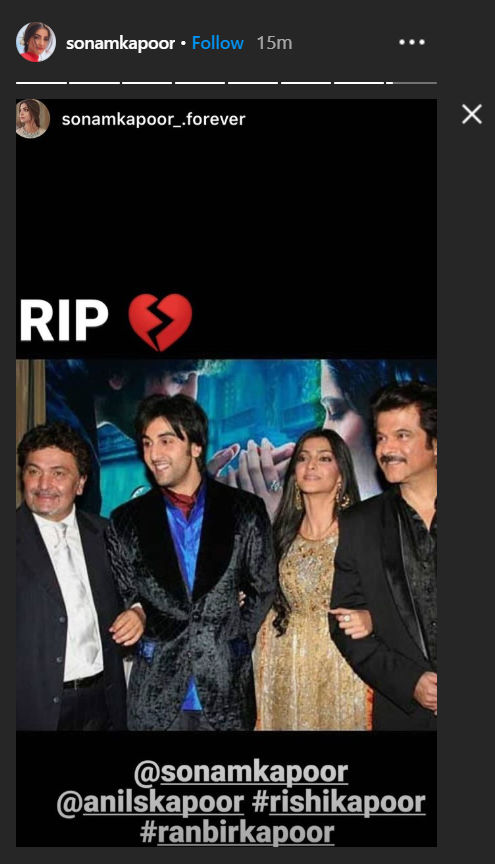 “Our dear Rishi Kapoor passed away peacefully at 8:45 am IST in hospital today after a two-year battle with leukemia. The doctors and medical staff at the hospital said he kept them entertained to the last.

He would not have it any other way.”