Filmmaker Imtiaz Ali who had put his heart and soul into the iconic film Rockstar is elated as the film clocked 10 years of its release. 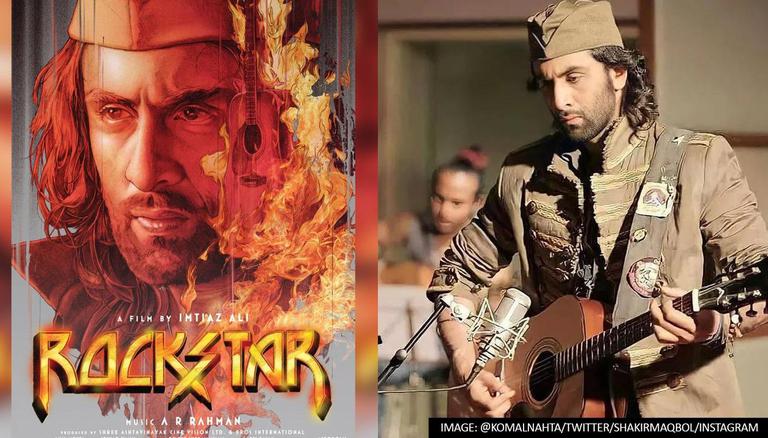 
Filmmaker Imtiaz Ali who had put his heart and soul into the iconic film Rockstar is elated as the film on Thursday clocked 10 years of its release. The film that starred Ranbir Kapoor, Nargis Fakhri in the lead is one masterpiece that still resonates with the fans when played. The romantic musical drama traces the journey of a college-going student Janardhan, who transforms into Jordan, a singing sensation with anger management issues and internal conflicts as he deals with heartbreak, penury, and rise to fame.

Imtiaz Ali, who is known to helm outstanding projects like Jab We Met, Love Aaj Kal, and more received spectacular reactions from critics and audiences upon its release and it later went on to become one of Hindi cinema’s cult classics over the years.
On 10 years of Rockstar,  let us look back at the reasons why the film has been on the top of the list for the fans.

The main aspect of any film is the essence of any place that it captures throughout. Rockstar being such an exception has been beautifully shot extensively in Kashmir.  Kashmir’s beauty appears to be magical in Rockstar. It was this Imtiaz Ali film that got all the fans to notice a new European land named Prague. Watching Ranbir and Nargi's romance in the picturesque locations of Prague is one of the best parts of the film.

Songs are considered to be the pillar of strength for any film as it adds life to the storyline. Talking about the songs of Rockstar, it has a mind-blowing album. With a perfect amalgamation of Sufi and peppy tracks, the film offers a wide range of songs that fans still hear on the loop. The amazing Sufi song Kun Faya Kun by AR Rehman is a treat to the ears and gives out those mystic vibes,

One of the major reasons behind the film being a top pick by the fans is the poetic references used by the characters. The last closing sequence of the film ends with a Sufi quote by famous poet Rumi. There are many references from his work within the movie that is loved by all those who are big fan of Rumi.