From the wee hours of the morning, Saif Ali Khan has been trending on social media and that is because of his childhood picture that surfaced. Take a look below

From the wee hours of the morning, Saif Ali Khan has been trending on social media. Thinking why? Well, a childhood picture of the actor surfaced on the internet where he can be seen sitting on his mother Sharmila Tagore's lap. After the post surfaced, netizens believed that Saif's son, Taimur is an exact copy and they couldn't believe the resemblance! The Internet is filled with responses of the same. Take a look at the picture below- 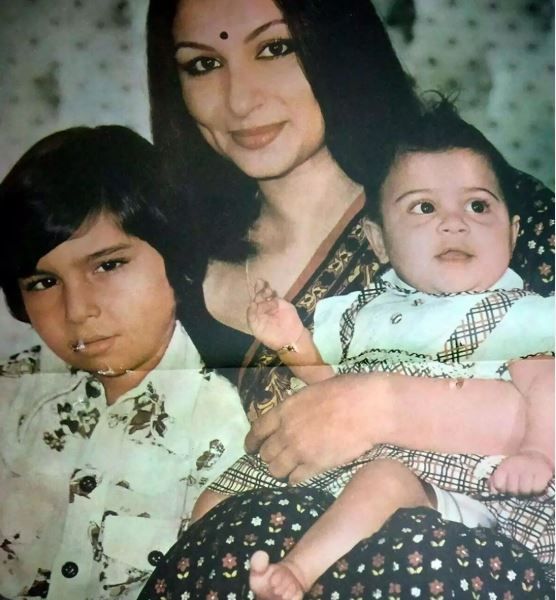 The actor will next be seen in:

Saif Ali Khan will be seen in Tanhaji: The Unsung Warrior. The trailer of the film broke the internet. The trailer promises some high octane action sequences between Tanhaji Malusare and Uday Bhan Singh's army. The film is helmed by Om Raut. It is bankrolled by Bhushan Kumar and Ajay Devgn. Recently, at the trailer launch of the film, Saif was also asked about reuniting and experience of working with his Omkara co-star Ajay. Saif said that the first time he met Ajay on the sets of Tanhaji, he felt nothing much has changed between them. He thought that maybe they became more mature with time. Saif also believes that Ajay to be a more generous and competitive actor and filmmaker and that there has never been any kind of insecurity from Ajay's side. The film will be releasing on January 10, 2019.

READ: Saif Ali Khan On Reuniting With Ajay Devgn After Years In Tanhaji: The Unsung Warrior

He will also be seen in Jawani Jaaneman, the film is a family drama directed by Nitin Kakkar and starring Saif Ali Khan as a 40-year-old father and marks the debut of Alaia F as his daughter. Alaia F is the daughter of actress Pooja Bedi. Jawani Jaaneman also stars Tabu in a prominent role. The film is a co-production between Saif Ali Khan and Vashu Bhagnani's Pooja Entertainment.