Vidyut Jammwal turns saviour for his love interest and other hostages in the trailer of his upcoming action thriller 'Sanak', which will premiere on October 15. 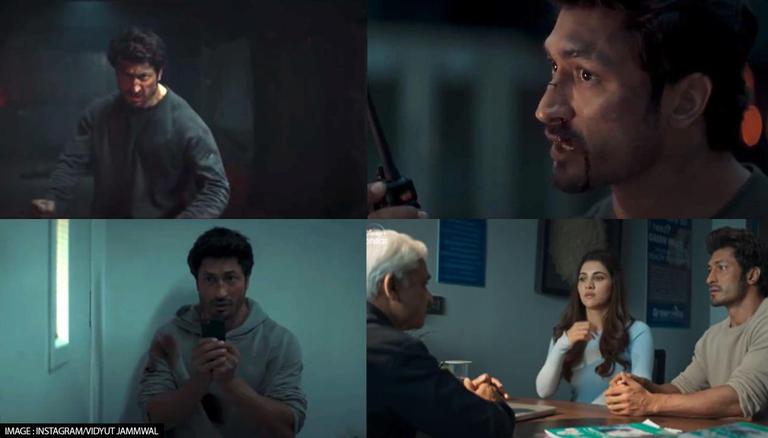 
Vidyut Jammwal starrer Sanak- Hope Under Siege, which will showcase the actor as a one-man army out to save a hospital under attack, has released its trailer. The action-thriller is set to premiere on Disney+Hotstar on October 15 and the movie's latest clip has stunned the audience as Vidyut turns saviour for his love interest caught in a hostage crisis.

The movie, which is being helmed by Kanishk Varma and co-produced by Zee Studios and Sunshine Pictures, also stars Rukmini Maitra, Neha Dhupia, and Chandan Roy Sanyal in pivotal roles. Taking to his social media handles today, the Khuda Haafiz actor revealed the trailer, inviting fans to watch his 'Sanak'.

Revealing the two and a half minute clip on his Instagram handle on Tuesday, October 5, Jammwal wrote," Dekho meri #Sanak.
#SanakTrailer out! Streaming from 15th October only on @disneyplushotstar #DisneyPlusHotstarMultiplex". The trailer, which is filled with the actor's signature punches, also gives a peek into the film's slight romantic element. It centres on Vidyut's character, Vivan's struggle to keep his romantic life intact after his love interest, played by Maitra, is diagnosed with heart disease. Things take an ugly turn when Vanshika's (Maitra) hospital is attacked by a terrorist gang lead by the mastermind Chandan Roy Sanyal, who take the staff and other patients as hostages. The movie will showcase Vidyut's exceptional MMA skills coming to play in his mission to safeguard the hostages.

The film will be skipping a theatrical release, with its digital premiere on Disney+ Hotstar on October 15. The movie's premiere date was revealed by the actor on September 29, with a new poster showcasing Vidyut Jammwal holding a baby in one hand and a gun in the other. Along with it, he wrote, "Ek baar SANAK gayi na toh…Complete the sentence in #SANAKI style #SANAK releasing on 15th October only on @disneyplushotstar #DisneyPlusHotstarMultiplex, (sic)".

The movie, which was announced in January this year, marks Vidyut's fifth collaboration with Vipul Shah after coming together for movies like Force and Commando. Apart from Sanak, Vidyut will also be seen in Khuda Haafiz Chapter II Agni Pariksha with Shivaleeka Oberoi.  He has also announced his home production, IB71, which is being directed by Sankalp Reddy.

WE RECOMMEND
Vidyut Jammwal on completing 10 years in cinema: 'Living the dream of an average Indian'
Vidyut Jammwal announces 'Sanak' release date; Here's where and when to watch the new film
Vidyut Jammwal-starrer 'Sanak' to witness an OTT release; New poster revealed
Vidyut Jammwal to marry designer Nandita Mahtani? To announce engagement soon; reports
'The way I knew him': Vidyut Jammwal to pay tribute to Sidharth Shukla; Know how
Listen to the latest songs, only on JioSaavn.com