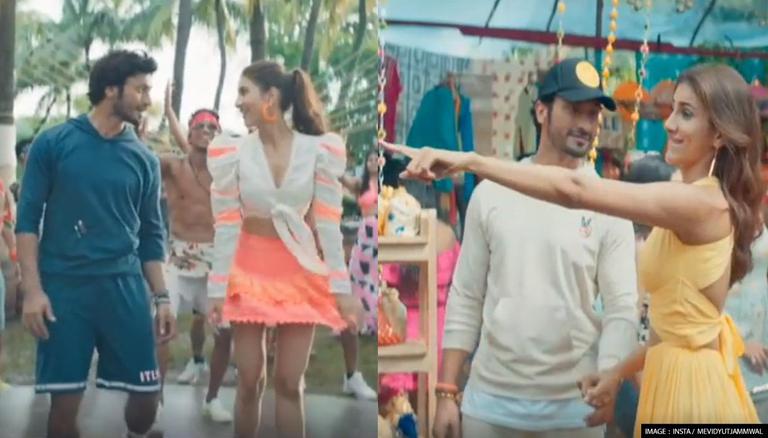 
Actor Vidyut Jammwal and debutant Rukmini Maitra's upcoming thriller Sanak has been creating a major buzz in the market since the release of the intense trailer. Adding to the excitement, the film has now dropped its first song titled O Yaara Dil Lagana crooned by Stebin Ben and Deeksha Toor. A treat for the 90s music junkies out there, the song is a reprised version of the original song from the 1996 film Agnisakshi.

Taking to Instagram on October 11, Vidyut Jammwal and Rukmini Maitra announced the release of the first song from their upcoming film which is a romantic melody. The song is the reprised version of the original song of the same name from the 90s film Agnisakshi which featured actors Jackie Shroff, Manisha Koirala and Nana Patekar. Rukmini appeared excited to present her very first song to her fans as she wrote, ''Better late than never! Our First Song #OYaaraDilLagana is out now!''

The music video featured charged up Vidyut and Rukmini expressing their love for each other in the backdrop of a club. The song is composed by Chirantan Bhatt and sung by singers Stebin Ben and Deeksha Toor. The lyrics are penned by Manoj Yadav.

The thriller flick titled Sanak- Hope Under Siege offers a one-of-its-kind action-packed drama revolving around a hero saving his wife and other hostages from evil men. The movie skipped the theatrical outing and will be released on the digital platform Disney+ Hotstar from October 15. The trailer of the poster showed Vidyut holding a baby in one hand whilst wielding a gun in the other hinting at the intense high-octane action in the film.

To fuel the anticipation of the eager audience, the actor recently took to his Instagram to invite his fans to participate in the new 'Sanki challenge'. As per the video, Vidyut demonstrated the two modes, 'normal' and 'Sanki', while fighting and urged fans to flaunt theirs. He shared the video with the caption, ''Hello Jammwalions! The sanki challenge is here! Remix this reel in your own unique style and use the hashtag #ShowYourSanak! Can’t wait to see all your entries.''

WE RECOMMEND
Vidyut Jammwal-starrer 'Sanak' to witness an OTT release; New poster revealed
Vidyut Jammwal on completing 10 years in cinema: 'Living the dream of an average Indian'
Vidyut Jammwal announces 'Sanak' release date; Here's where and when to watch the new film
'Sanak' trailer out: Vidyut Jammwal turns saviour in a hostage crisis; WATCH
'Did it the Commando Way': Vidyut Jammwal confirms engagement to designer Nandita Mahtani
Listen to the latest songs, only on JioSaavn.com