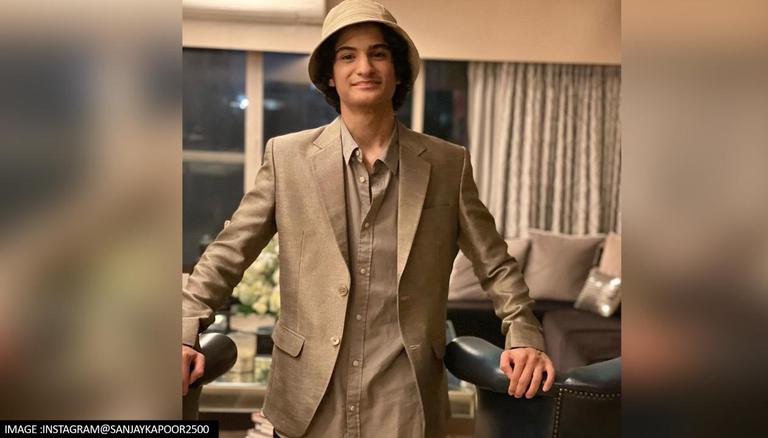 
Bollywood veteran Anil Kapoor made his acting debut in the late 1970s and has starred in many blockbusters throughout his career. While the actor is still one of the most beloved stars of Bollywood, his 1987 film Mr. India is still considered one of his biggest hits. The actor's nephew Jahaan Kapoor, son of actor Sanjay Kapoor, recently recreated his iconic look and received praise from fans and his entire family.

Sanjay Kapoor recently took to his Instagram handle to share a series of photos of his son Jahaan Kapoor dressed as Anil Kapoor's iconic character Mr India for a fancy dress competition. In the photos, Jahaan Kapoor wore a brown coloured shirt underneath a matching coat, black pants and a brown hat to recreate the Mr. India look. Jahaan Kapoor also took care of his hair and made sure it looked similar to that of Anil Kapoor's from the 1987 film. Sharing the photos, Sanjay Kapoor wrote, "Mr India @jahaankapoor26 fancydress Mogambo Khush Hua, Styling and idea @sanjaykapoor2500."

The entire Kapoor family showered Jahaan Kapoor with praise in the comment section. Rhea Kapoor wrote, "So cute," to which Sanjay Kapoor replied, "@rheakapoor too many Mr India’s in the family." Arjun Kapoor also reacted to the post and wrote, "More like hartej khush hua." Karisma Kapoor also lauded Jahaan for the look and wrote, "Fab." Maheep Kapoor reacted to the pictures and commented, "My cutie." Anil Kapoor's fans were also delighted to see Jahaan's look as one of them suggested, "He Should act in Mr India 2." Another fan agreed and wrote, "Wow this really suits him …….. part 2 should make it."

The 1987 film starred Anil Kapoor and Sridevi in the lead roles, while late actor Amrish Puri portrayed one of the most iconic villains Mogambo. The film's plot revolved around Arun, who lives with orphaned children, is harassed by a gangster. As the gangster is after Arun's house, he threatens him. After one of the orphaned children dies, Arun uses his father's invention, an invisibility watch, to fight back. The film was helmed by Shekhar Kapur, while Boney Kapoor and Surinder Kapoor bankrolled it.