Sara Ali Khan was recently spotted at her pilates session. While the actor looked lovely in her gym attire, she opted for a grey shopper bag of whooping 2 lakhs

Sara Ali Khan is one of the most popular gen-next actors of Bollywood. The actor has garnered an enviable fan following not only for her impressive acting chops and humble demeanor but also for her lovely sartorial choices. The actor makes heads turn with her outfits, be it western or traditional during her various public appearances. Sara often gets clicked by the paparazzi during her Pilates session where her fitness outfit is nothing less than goals. The Simmba actor was recently spotted attending her routine pilates session. She opted for a black tank top which she paired with an orange shorts. But what is a shocking revelation is the price of her grey shopper bag which she has paired with the outfit. Check out her pictures here. 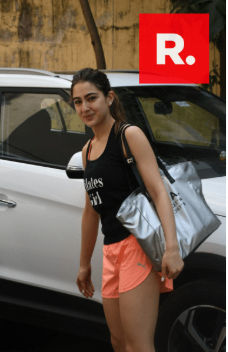 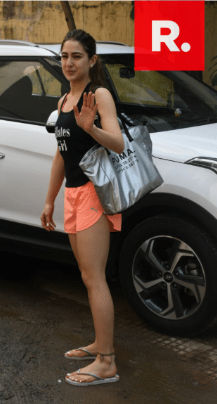 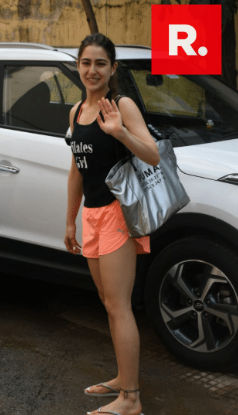 Reportedly Sara's shopper bag that she has complimented with the look costs of a whooping Rs 2 lakhs. In the pictures, the Kedarnath actor can be seen flashing her lovely smiles for the paparazzi. The actor often impresses the fashion police with her impressive gym attires. Sara recently revealed in an interview with an online portal where she spilled the beans on the fears that she faces because of stardom. Sara spoke about this in and said that she is indeed fearful that the stardom and the success she has achieved might fade off one day.

She also confessed that she is afraid that she may also have a flop in the future. She revealed that she does not feel any amount of success will ever be enough for her. But Sara also said that she is not actually chasing success in the film industry. The Aaj Kal actor also said that she believes that the key to success lies in perseverance and self-belief. The actor also went on to say that she feels accepted now from the industry even though she is just two films old. On the work front, she will be seen in the film Coolie No 1 opposite Varun Dhawan. The film will be directed by David Dhawan. She will also be seen in the film Aaj Kal where she will be seen alongside Kartik Aaryan.

Also Read: Sara Ali Khan Spills The Beans On What Scares Her About Her Success In The Industry

Also Read: Sara Ali Khan-Dhanush To Be Leads In Aanand L Rai's Next Film With Bigwigs?