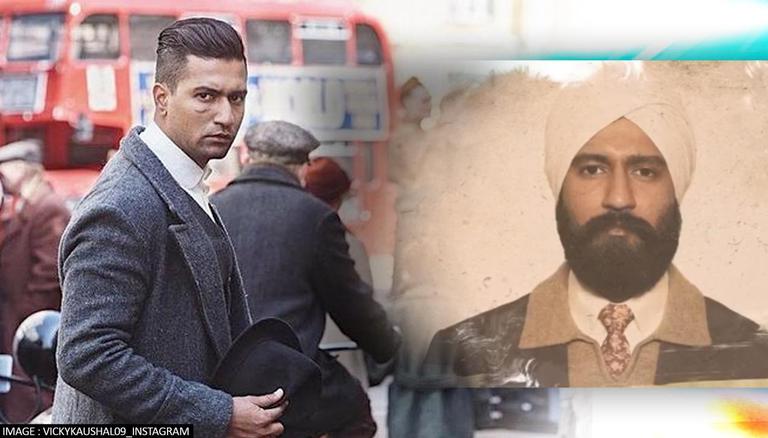 
Glimpses of Vicky Kaushal from his upcoming biographical flick Sardar Udham Singh have already piqued fans' curiosity, and now, the actor has dropped the release date of the film's trailer along with a new poster. The movie, which is being directed by Shoojit Sircar, is based on the life of the freedom fighter Udham Singh. The makers are keeping the fans hooked by revealing new teasers, the last of which was dropped on September 28.

Revealing another intense-looking glimpse of his character, Vicky hailed Udham Singh's 'racing mind and clear vision', adding that the trailer will be out on Thursday, September 30. Originally slated to release on October 2, 2020, Sardar Udham Singh will witness a global release on Amazon Prime Video during Dussehra on October 16, 2021.

Taking to his social media handles on Wednesday, September 30, the Uri actor revealed the poster, in which he can be seen clad in black attire and matching beret, with a furious look on his face. Captioning it, he wrote, "With a racing mind and a clear vision… He came. He saw. He conquered… in their own territory. The journey of #SardarUdham begins. Trailer out tomorrow[sic]."

The actor also revealed another teaser from the film yesterday, opening up with several breaking news clips of the real-life incident that took place under British Rule, further panning to Kaushal's look as the protagonist. Captioning it, he wrote, "His name etched in our history, his mission shook the entire nation. It's an incredible honour to step into the shoes of Sardar Udham Singh[sic]." Similarly, the first sneak peek into the movie was given on the birth anniversary of Shaheed Bhagat Singh, setting the tone for the patriot's tale, who avenged India's most heartwrenching incident, the Jallianwala Bagh massacre.

The Shoojit Sircar directorial is being bankrolled by Ronnie Lahiri and Sheel Kumar. The movie also stars Banita Sandhu and Amol Parashar in pivotal roles. The film is based on freedom fighter Sardar Udham Singh, who assassinated General Dyer in 1940. Dyer was the man behind the gruesome Jallianwala Bagh Massacre which took place on April 13, 1919, in which several peacefully protesting people were killed.