After intriguing fans with the first trailer of 'Satyameva Jayate 2', John Abraham has raised the bar with his mighty vigilante avatar in latest clip. Watch. 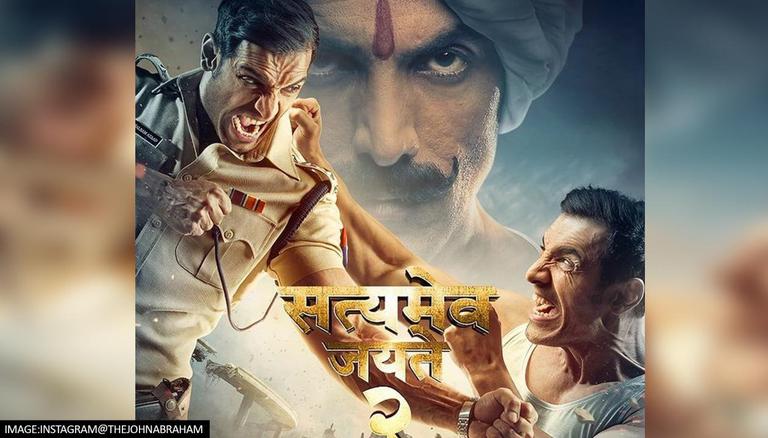 
John Abraham is ready to take on corruption-ridden officials in the sequel of Satyameva Jayate, with the film's second trailer showcasing the actor as a mighty no-nonsense vigilante. The clip opens up with a corrupt politician discarding the notion of 'Truth Alone Triumphs', further panning to Abraham voicing out the unjust practices prevailing in the country, which sets the stage for the thrilling action glimpses in the trailer

John is taking the cop universe to new heights with his triple role, coupled with high octane action sequences and powerful dialogues. The movie has been written and directed by Milap Milan Zaveri and also stars Divya Khosla Kumar and Gautami Kapoor in pivotal roles. Coming as a sequel to the 2018 film of the same name, Satyameva Jayate 2 sheds light on the fight against injustice and misuse of power.

Taking to his Instagram handle on Saturday, November 13, the Batla House actor unveiled the two-minute clip. For the caption, he wrote,"Ab ya toh corruption mitega ya Beimaan ka lahu bahega!" Take a look.

Meanwhile, the film's first trailer was released later in October, showcasing one among John’s three characters as a person who works relentlessly to battle corruption in Lucknow. While sharing the trailer, he wrote, “CORRUPTION karenge DHER, Bharat Maa ke TEEN SHER!". The movie puts John's chiselled body and muscles on display as he appears in nerve-wracking fighting sequences. Apart from the aforementioned star cast, actors like Rajeev Pillai and Anup Soni will also appear in important roles.

The film's tracks like Meri Zindagi Hai Tu, Kusu Kusu and Tenu Lehenga have already become buzzing hits among the audiences. The peppy numbers with groovy beats showcasing the leading duo transport one into a festive mood. Meanwhile, the film, which was slated to hit the screens during Eid in May this year, has faced several postponements owing to the COVID-19 pandemic. The vigilante actioner is now slated for release ‪on Thursday, November 25, 2021.

On the work front, John will be seen in the forthcoming action-thriller Ek Villain Returns, the shooting for which was recently wrapped up by the actor. The Mohit Suri directorial also stars Disha Patani, Tara Sutaria and Arjun Kapoor in lead roles. It is slated for a theatrical release on July 8, 2022. He also has Attack alongside Jacqueline Fernandez and Rakul Preet Singh in the pipeline.