Sidharth Malhotra Spotted At The Gym After An Intense Workout; See Pics

Actor Sidharth Malhotra has been riding on the success of his latest film, Marjaavaan. The actor was recently spotted exiting a gym. Sidharth was seen exiting in a black shit paired up with a white t-shirt and grey sweatpants and funky coloured shoes.

Check out these pictures of Sidharth Malhotra exiting the gym 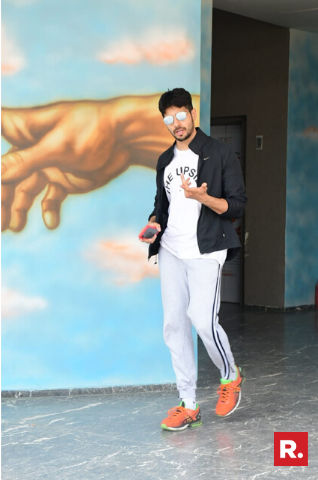 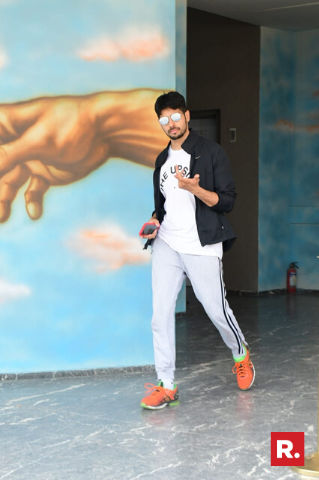 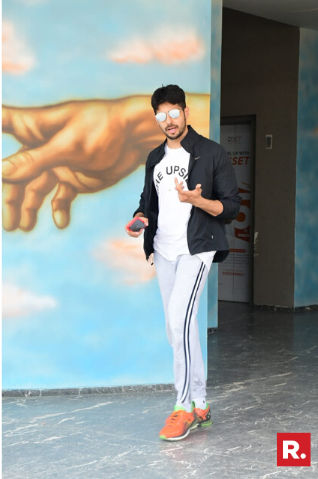 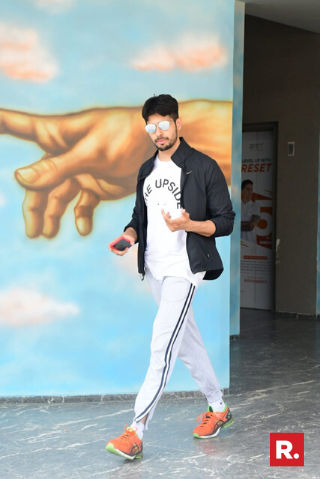 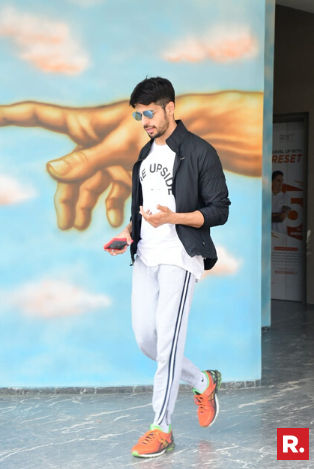 In the series of pictures, Sidharth is seen exiting from the gym with his mobile phone clutched firmly in his right hand. The Marjaavaan actor definitely seems less enthused with having his pictures taken. Nevertheless, Sidharth Malhotra does looks extremely handsome, even while he is exiting a gym after a heavy workout.

Sidharth Malhotra recently had a release with the romantic drama, Marjaavaan. Written and directed by Milap Milan Zaveri, the violent romantic drama stars Sidharth Malhotra in the lead role and Tara Sutaria as the female lead. Rakul Preet Singh also features in the film and Riteish Deshmukh plays the role of the prime antagonist, a dwarf man. The film is produced by Emmay Entertainment and T-Series and released on November 15, 2019. Marjaavaan received negative reviews from the critics but has emerged as a successful film at the box-office. Since its release, Marjaavaan has grossed approximately ₹ 32.18 crores.

Sidharth's last few films failed at the box-office and the actor was pinning his hopes on Marjaavaan. Following the film's success, Sidharth said in an interview with a leading media outlet that he is thankful for the audiences as they have accepted him in the role of an action hero. Sidharth further added that after Ek Villain and Brothers, both action-oriented films, he felt that he should have done more action-oriented films.

For now, he is busy shooting for the biopic on the Kargil War hero, Vikram Batra, which is tentatively titled Shershaah. Directed by Vishnuvardhan and produced by Karan Johar's Dharma Productions, the film also stars Kiara Advani in the lead role. It is scheduled to release in the year 2020.