Is Sonakshi Sinha Single? Is She A Sindhi? 'Lootera' Actor Clarifies With Quirky Posts

Sonakshi Sinha on Tuesday hosted a 'Ask Me' session on her Instagram handle to connect with her fans out of 'boredom'.

Sonakshi Sinha on Tuesday hosted a 'Ask Me' session on her Instagram handle to connect with her fans out of 'boredom'. The actor answered a variety of questions from her lockdown routine, paintings to her relationship status.

A fan popped a question, 'Are you single' and Sonakshi replied with a mirror selfie captioning it as 'Double'. The actor with a witty post has left many wondering what 'Double' means — committed? Only time will tell that.

Another fan asked if she is a 'Sindhi' (Indo-Aryan ethnolinguistic group). To this, Sonakshi said that her father Shatrughan Sinha is Bihari and her mother Poonam Sinha is a Sindi which as a result makes her a 'Bindi' (Bi+ndi). Sonakshi shared a picture of hers flaunting a Bindi to support her answer. 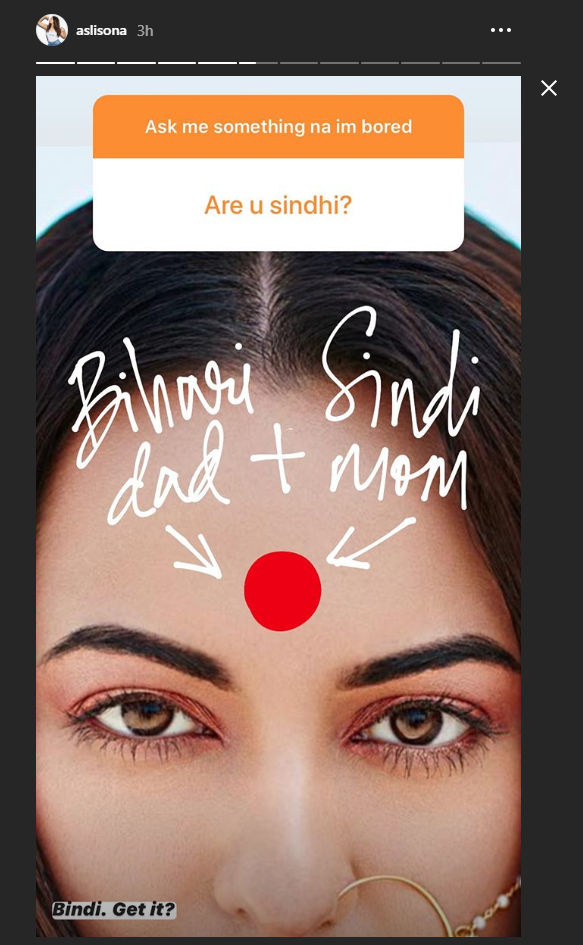 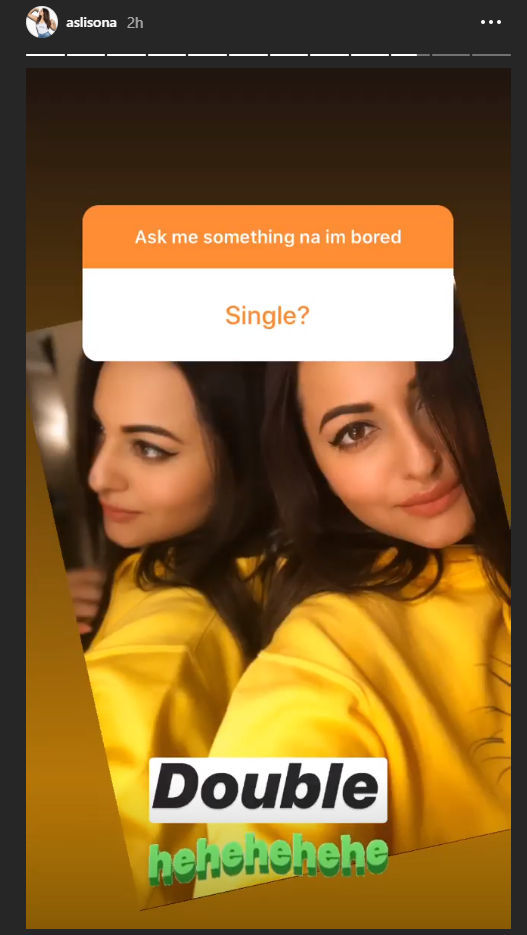 On the work front, Sonakshi Sinha was last seen in the film Dabangg 3. The film is the third instalment on the Dabangg franchise. Dabangg 3 features Salman Khan and Sudeep in the pivotal roles.

Sonakshi Sinha will be next seen in the upcoming film Bhuj: The Pride of India. The films being directed by Abhishek Dudhaiya and produced by Divya Khosla Kumar, Abhishek Dudhaiya, Bhushan Kumar, Krishan Kumar under the banner of T-Series. The film also features Ajay Devgn, Sanjay Dutt, Nora Fatehi in the pivotal role.