Taking to Instagram, Sonam Kapoor recently wished her father, Anil Kapoor a happy birthday and shared some of their nostalgic memories from the past. 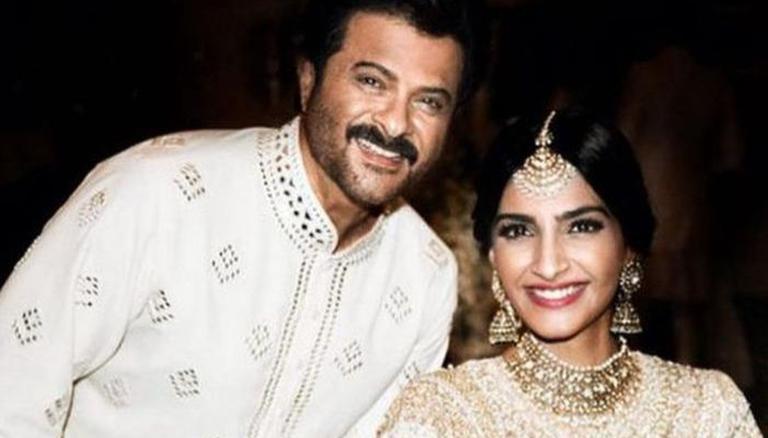 
As the iconic Bollywood actor, Anil Kapoor celebrates his 65th birthday, he has been receiving numerous birthday wishes from his friends and co-stars from the movie industry. He even received heartwarming wishes from his family members including Sonam Kapoor, Arjun Kapoor, Boney Kapoor and others.

Sonam Kapoor recently took to her official Instagram handle and shared s series of pictures in which she added some of the most memorable glimpses of his father. In the first one, she added a photo of them together from her wedding while in the next one, she shared his photo in which he can be seen clicking a picture of the cake while celebrating his son-in-law, Anand Ahuja's birthday. She further shared some nostalgic pictures of them together from her childhood and stated in the caption how his courage, humility, and warmth always inspired her. She then added how there was no one like him and she could not have wished for a better father and also mentioned that even there might be a distance between them but he was her heart who was always with her.

The caption read, "Happiest Birthday, daddy! Your courage, humility, and warmth always inspire me. There is no one like you, and I couldn’t have wished for a better father. There may be the distance between us but you’re my heart, so you’re always with me. Love you!' (sic)

Many fans took to Sonam Kapoor's latest Instagram handle and dropped in sweet birthday wishes for the actor while many others praised the photos shared by Sonam. Some fans also added heart and heart-eyed emojis in the comments section to express their love for the actor. take a look at some of the fans' reactions. Even Anil Kapoor's son and actor, Harsh Varrdhan Kapoor took to his official Instagram handle and shared a memorable scene from his film with his father, AK vs AK that was released a year ago on the same day. While reminiscing the time they were filming it, he stated that though he know about the film he had no idea the makers would end up making it with Anil Kapoor. While expressing his excitement for the film, he added how was riveted when he first read the great script by Vikram and Avinash Sampath but revealed how nervous he was when he read his scenes. Here's what he posted-

READ | Anil Kapoor's B'day: DYK actor is a trained semi-classical singer and has sung many songs?

WE RECOMMEND
What happened to Anil Kapoor and why are fans worried about his health in latest post?
Sonam Kapoor shares 'then & now' pics with sister Rhea; says 'can't wait to see your face'
Anil Kapoor, Yami Gautam & others mourn demise of CDS Bipin Rawat, pay heartfelt tributes
Anil Kapoor gifts 'expensive glasses' to Anupam Kher; Watch their hilarious banter
Anil Kapoor's B'day: DYK actor is a trained semi-classical singer and has sung many songs?
Listen to the latest songs, only on JioSaavn.com