Sophie Chaudry's show Work it Up will have Katrina Kaif as a guest on the final episode of the show. Read all about the news revealed by the host herself.

Sophie Choudry will be seen giving the perfect end to her online show, Work It Up. The show is expected to have Bollywood actor Katrina Kaif as a guest. Sophie Choudry revealed the news on her official Instagram handle. She also put up a long caption expressing her excitement for the finale. The episode has been uploaded on Voot.

Sophie Choudry’s show Work It Up is expected to come to an end soon with Katrina Kaif being the last unexpected guest. Sophie Choudry expressed her delight by posting three pictures with Bollywood actor Katrina Kaif. In the cation, the actor has spoken about how excited she is to share the news. She has also spoken about how the actor is an inspiration when it comes to fitness. She also wrote about how she cannot wait for people to see the episode. She thanked the actor for being her guest on the finale of the show. In the pictures shared, the two ladies can be seen posing in gym outfits. Have a look at the post here.

Work It Up is an online show uploaded on the Voot channel. The show revolves around revealing the fitness formula of a few fit and famous people. The show is followed by fans for the health tips provided on it. In the past, actors like Malaika Arora have been a part of the show.

Read 'Give Women-led Films Same Mounting As That Of Movies With Male Superstars': Katrina Kaif

Fans shower love on the duo

A number of people can be seen appreciating Sophie Choudry in the comments section of the picture posted. They can also be seen talking about how good the two look. Here is a look at the comments on the post. 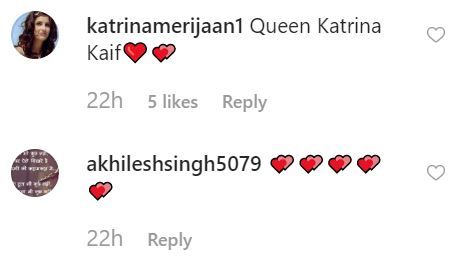