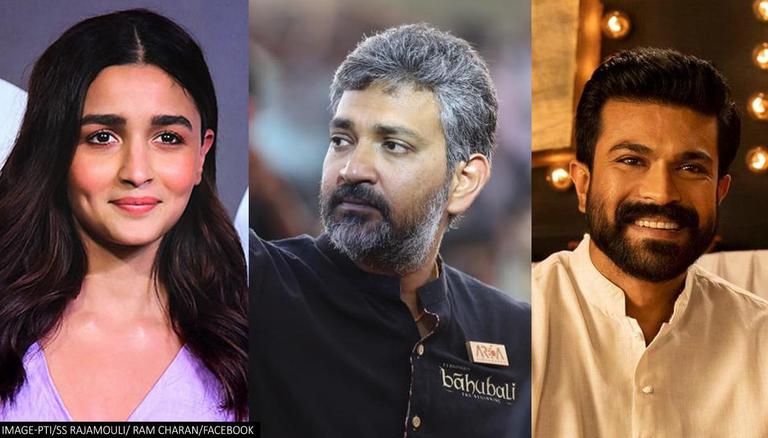 The movie is a fictional story about two Indian revolutionaries, Alluri Sitarama Raju ( Ram Charan) and Komaram Bheem (N T Rama Rao), who fought against the British Raj and Nizam of Hyderabad respectively. Alia Bhatt will be playing the role of Sita, while Ajay Devgan will make an extended cameo appearance. Set in 1920, the plot explores the undocumented period in their lives when both the revolutionaries chose to go into oblivion before they began the fight for their country. It is slated to hit the screens on January 7, 2022.

Alia Bhatt took to her Instagram stories and shared a picture with the director while rehearsing for a scene on the shooting sets. While captioning the post, she wrote, “ Happy birthday to the master storyteller! So grateful and honoured to have been directed by you. Wishing you all the love and happiness in the world.” Apart from Alia, Ram Charan also shared a throwback picture of the memorable moments with Rajamouli from shooting sets. “I look up to in many ways & admire the strength he portrays through his simplicity. Happy Birthday Rajamouli Garu,” he tweeted. 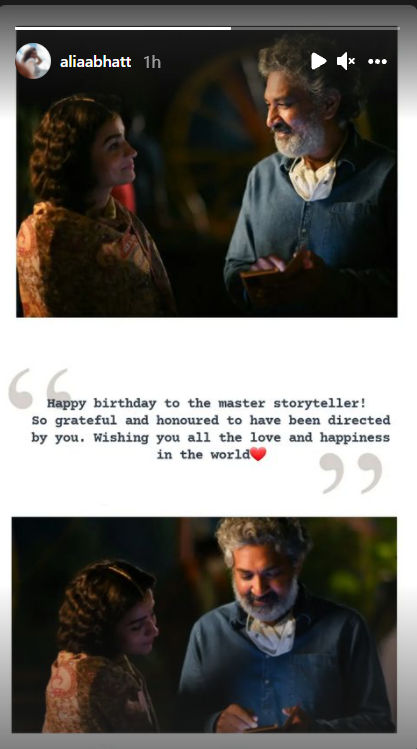 I look up to in many ways & admire the strength he portrays through his simplicity. Happy Birthday Rajamouli Garu. @ssrajamouli 🎉❤️🎂 pic.twitter.com/8tB2EJN7Um

Apart from Ram and Alia, other co-stars from the film including Jr NTR, Ajay Devgn and Tollywood stars like Mahesh Babu had also extended their wishes to the ace director. Meanwhile, SS Rajamouli had a long filmmaking career before winning several accolades for his highest-grossing franchise, Baahubali. The director began his career by helming Telugu soap operas on ETV. His debut directorial film was 2001's Student No. 1, starring Jr. NTR. He went on to direct several projects, including Simhadri, Sye, Chatrapathi, and Naan E. The director's breakthrough came with the 2006 film Vikramarkudu, which was later remade in Hindi as Rowdy Rathore. The film was also made in Tamil and Kannada. In 2009, Rajamouli directed the fantasy-action film Magadheera, starring Ram Charan and Kajal Aggarwal, which went on to become the highest-grossing Telugu movie of that time.