Anushka Sharma took to her Instagram stories to celebrate 3 years of 'Sui Dhaaga'. Directed by Sharat Katariya, the drama starred Varun Dhawan as the male lead. 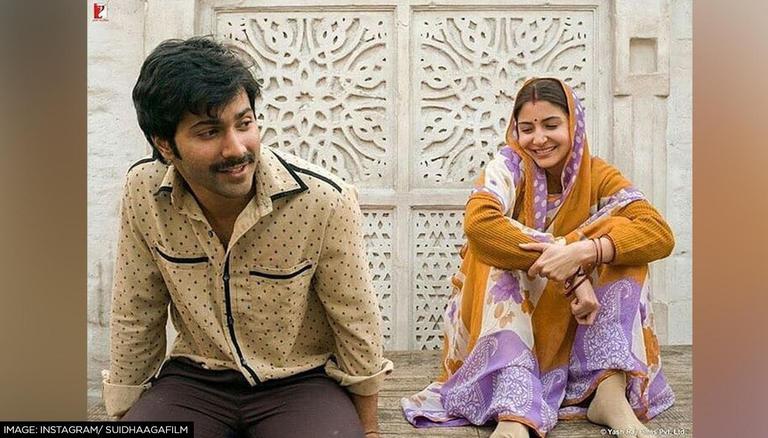 
From Pari, NH10 to PK, Anushka Sharma has essayed several unconventional roles since the advent of her Bollywood career. The actor also starred with Varun Dhawan in the 2018 drama Sui Dhaaga: Made in India, which clocked three years today. The duo impressed the audiences with their characters — Mamta and Mauji Sharma, who overcame several hindrances to reach great heights with their small-scale clothing business.

The Sharat Katariya directorial was hailed by the leading duo today, as they reminisced their 'beautiful journey tailored with love and dreams'. Taking to their Instagram stories, Varun and Anushka shared clips from the movie and the BTS fun from the sets.

Taking to her Instagram stories on Tuesday, September 28, the actor share some stills and BTS videos from the movie along with her co-star Varun. The stories were accompanied by the film's title track Sui Dhaaga, crooned by Divya Kumar. The Jab Harry Met Sejal actor also shared a beautiful caption along with the video emphasising the leading duo's journey filled with 'love and dreams' and tagged the makers.

Varun Dhawan also shared Anushka's story on his Instagram handle as well as posted their look from the film and wrote, "Had such a wonderful time working on this film with the entire cast ad crew. Hope MAUJI and Mamta will always remain in your hearts. #3yearsof suidhaaga[sic]."

The 2018 drama, which was bankrolled by Maneesh Sharma and Aditya Chopra, was an effort to promote the hard work and efforts of the local craftsmen of the country and their entrepreneurship. Apart from the duo, the movie also starred Raghubir Yadav, Yamini Das, Namit Das, and Sawan Tank in the supporting roles. The movie also found an official entry in the competition category at the 2019 Shanghai International Film Festival.

Meanwhile, Anushka, who has been away from the silver screen for some time now, is working on her Clean Slate Filmz banner project Qala, which will mark the acting debut of Irrfan Khan's son Babil. Varun will be seen in Bhediya with Kriti Sanon as well as Raj Mehta directorial Jug Jugg Jeeyo.