Sunny Leone made her Bollywood debut in the year 2012. The actor is famous for her work in films like Ragini MMS, Kuch Kuch Locha Hai, and Ek Paheli Leela. She is also popularly known for multiple item numbers. She is currently seen as a host in the Indian television reality show, MTV Splitsvilla 12, along with Rannvijay Singha. The show revolves around the concept of love and relationships. Sunny Leone is married to Daniel Weber and has three children with him, Nisha Kaur Weber, Noah Singh Weber, and Asher Singh Weber. The family was recently spotted at the airport. Take a look at the pictures

ALSO READ | Sunny Leone: Can You Guess Where The Actor's Next Performance Is?

Sunny Leone with her family at the airport 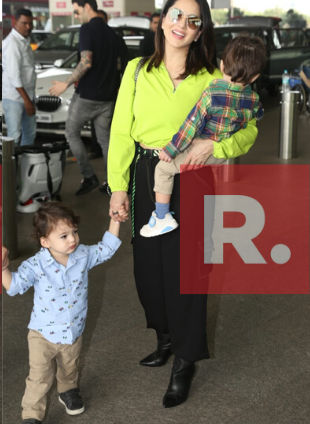 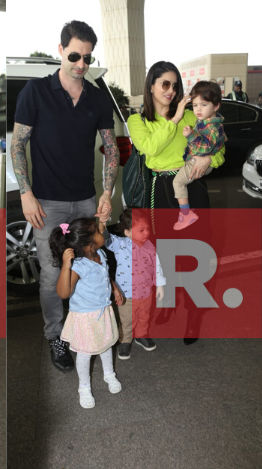 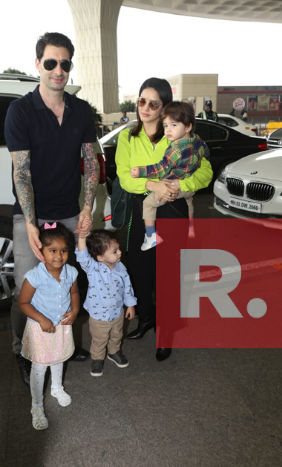 The actor has two upcoming films lined up for 2020. Sunny Leone will soon be seen in a Tamil film Veeramadevi. The periodic war film that is directed by V.C. Vadivudaiyan. The movie stars Sunny Leone and Navdeep in pivotal roles. Veeramadevi has been facing a lot of speculations ever since its first look was released. The film will release in the year 2020.

The actor will also be seen in the comedy-horror film Coca Cola. In one of her recent interviews, she has been quoted saying that the genre of the film does not excite her but she is happy to be a part of the project. Furthermore, she said that believes she will surely match up to the audience's expectations.

PEOPLE HAVE PLEDGED SO FAR
Sunny Leone brings out her football skills in a video on Instagram
Sunny Leone: The actor relives her childhood as she jumps into a ballpit
Sunny Leone posts an inspirational note on life lessons; fans call it 'beautiful'
Sunny Leone: Can you guess where the actor's next performance is?
Sunny Leone loses her spot as the most searched actress to Priyanka Chopra
Lisa Ray spends the day doing 'sewa' at a Gurudwara in Singapore; See pics
Neeraj Pandey, Ajay Devgn's 'Chanakya' to go on floors in October
Couldnt' do 'Radhe' due to date issues, says Deepak Dobriyal
DO NOT MISS
TRUMP & MUKESH AMBANI INTERACT
DELHI: CBSE BOARD EXAMS POSTPONED
TRUMP EVADES DIRECT RESPONSE ON CAA
AFFIDAVIT IN SC ON DELHI VIOLENCE
MALANG BOX OFFICE COLLECTIONS
RAHMAN, KHANNA ATTEND PREZ'S DINNER