'How multi-talented can you be Tiger Shroff?', wrote Disha as she shared the video. Tiger's video received over 8 lakh views. Krishna Shroff also dropped star emojis in the comments section. The Baaghi 3 star made his singing debut last year with the track Unbelievable, which was composed by Daniel Glavin, Kevin Pabon and Avitesh Shrivastav.

Casanova has been directed by Punit Malhotra and co-produced by Qyuki and Tiger. The song has been composed by Avitesh and choreographed by Paresh. 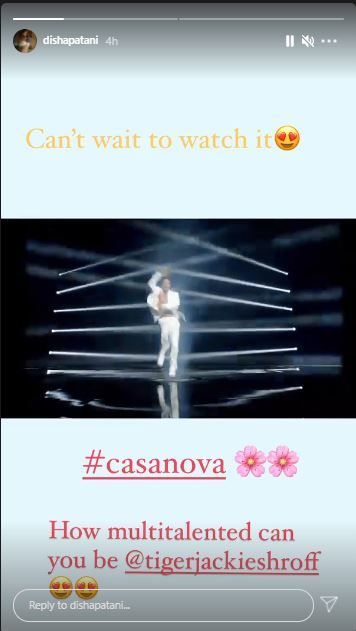 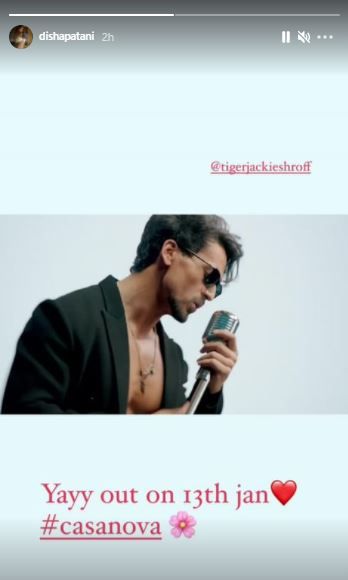 Tiger Shroff was last seen in the film Baaghi 3, in which he played the role of Ronnie. He was seen with actors Riteish Deshmukh, Shraddha Kapoor and Ankita Lokhande in the lead roles. As mentioned in his Instagram story, during the QA round, Tiger Shroff is currently prepping for his role in his upcoming movie Heropanti 2, a sequel of his debut movie.

Tiger took to his social media handle on November 5, 2020, as he shared the teaser of his upcoming movie Ganapath. The teaser also disclosed that the movie is to release in 2022, and his voiceover explains that it will be another action-packed performance by the actor. He wrote in the caption, “This one is special for me, and especially for you guys! Presenting #Ganapath - get ready for more action, thrill and entertainment!”.