Twinkle Khanna recently reviewed Akshay Kumar's upcoming movie 'Raksha Bandhan' and hailed the director for bringing the issue of dowry to the forefront. 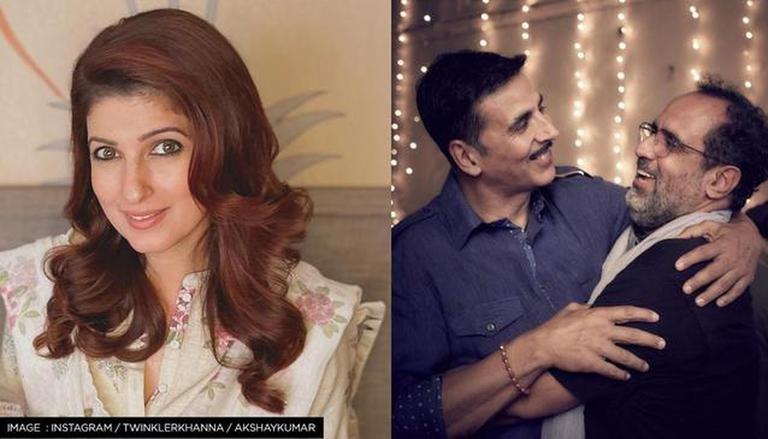 
Bollywood star Akshay Kumar is currently gearing up for the release of his upcoming film Raksha Bandhan. For the forthcoming film, the actor has collaborated again with filmmaker Aanand L Rai. Touted to be a family drama, the movie will mark Akshay Kumar's third outing of the year after Bachchhan Paandey and Samrat Prithviraj. While there is just a day left for the film's release, Twinkle Khanna reviewed the movie and hailed the director for bringing the issue of dowry to the forefront.

Twinkle Khanna never fails to review her husband Akshay Kumar's films and lend her support to him. Ahead of Raksha Bandhan's release, the author penned a long note about the film and gave a review. Sharing the film's trailer, Twinkle Khanna mentioned how she thoroughly enjoyed the film as its first half made her laugh while the second left her teary-eyed. She further mentioned how the movie deals with the issue of dowry and lauded Aanand L Rai for "skillfully" building the story.

Twinkle Khanna penned, "Raksha Bandhan made me laugh in the first half and cry through the second. A movie about the India we all pretend doesn’t exist. A reality that we wish didn’t exist. We have changed terms, from ‘dowry’ to ‘gifts’ but in homes across social-economic strata, variations of the custom loom large." She further added, "The wonderful Aanand Rai has skilfully built a world where siblings tease each other, support each other and ultimately triumph together. The challenge with altering mindsets is that these conversations circulate largely among the already-converted." "It’s perhaps only cinema that has the power to burrow into the minds and hearts of people across the board. Raksha Bandhan may make you smile and crack up, but I dare you to leave the theatre dry-eyed," she concluded.

Raksha Bandhan stars Akshay Kumar who plays the role of a middle-class man who leaves no stone unturned in finding the right matches for his sisters. The movie also features Bhumi Pednekar, Sahejmeen Kaur, Deepika Khanna, Smrithi Srikanth and Sadia Khateeb in pivotal roles. The movie will hit the theatres on August 11, 2022. The film will lock horns with Aamir Khan's Laal Singh Chadha.