'Velle' movie's first song 'Uddne Do' traced Abhay Deol's dream to reach Mouni Roy as he planned to cast her in his next film. Watch the video: 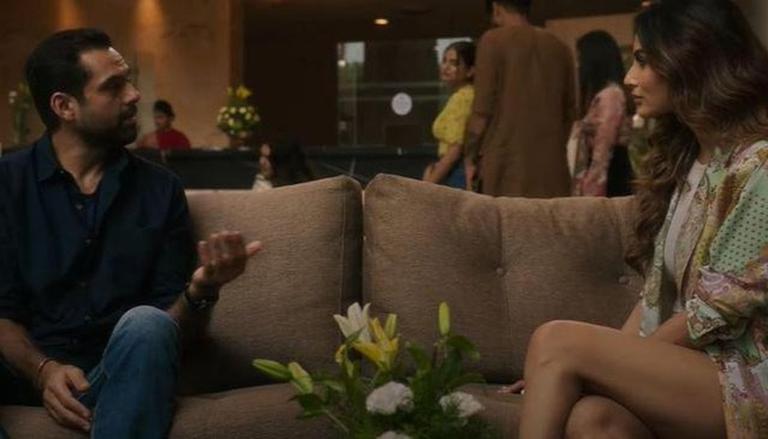 
Abhay Deol has not been in a Bollywood film for a while, now the actor makes his return to the Bollywood big screens in a film with his nephew Karan Deol. Titled Velle, the actor was seen only for a brief period in the trailer released a few days ago, and the makers have now released a song for his character.

The film's new track 'Uddne Do', the video traces his character's journey as an aspiring storyteller. The video also features Mouni Roy and traces his urge to sign the actress for a film.

The trailer of Velle had only featured Abhay Deol at the end when he could be seen in a conversation with Mouni Roy. The former tells her that the story was 'almost fully true.' This song traces what happens before that encounter.

In the video, one can see Abhay Deol's character struggling to find a producer for his next film. He has decided to cast the 'star' Rohini, played by Mouni Roy, and many don't seem to be too keen on the collaboration. He feels hopeful when he receives any call and leaves his other hobbies, like playing cricket, to check on it.

After struggling for a while, he gets an opportunity to send his script synopsis to her email id and he grabs the opportunity with both hands. Fortunately, she likes it and then their meeting is set up.

The song has been composed by Amit Mishra. It had been written by Siddharth-Garima and Bipin Das.

In the trailer, the Abhay Deol-Mouni Roy meeting is preceded by the story of the 'Velle', played by Karan Deol and Co. They are college mates who just 'chill and don't work'. Their life then takes a turn when they plan on faking their classmate's, played by Anya Singh's, kidnapping. The character, who is the daughter of the Principal, gets abducted for real, and the journey to find the truth of what happened then takes place.

It is likely that the story that Abhay narrates to Mouni could have something to do with this story. The movie also stars Zakir Hussain, Savant Singh Premi and Visshesh Tiwari. Velle gears up for release on December 10.