Vicky Kaushal headed to his Instagram account to celebrate two months of his most recent release, 'Sardar Udham' and called it a 'journey of great learning'. 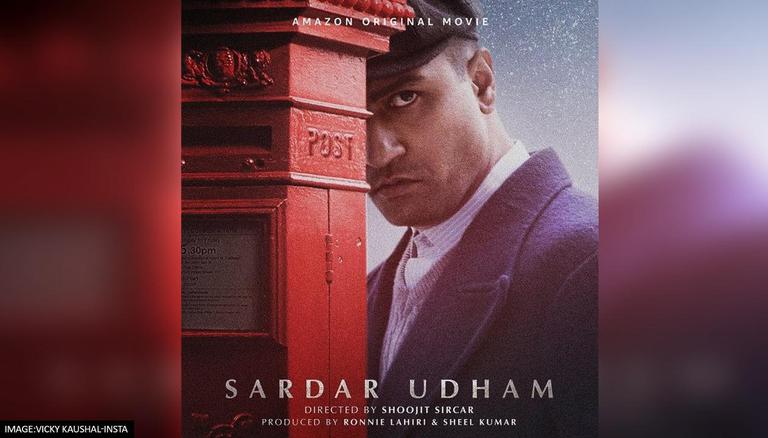 
Vicky Kaushal, who was recently in the news after his grand wedding with Katrina Kaif, headed to Instagram to celebrate two months of his most recent release, Sardar Udham. The actor shared a glimpse of his character from the film as he recalled his journey on the Amazon Prime Video film sets. He mentioned in the caption that the film had been a 'journey of great learning' for him.

The Bollywood actor expressed his gratitude to those who showered their love of the Shoojit Sircar directorial. He wrote, "This film was a journey of great learning for me as an artist and as a human being. Gratitude for all love that continues to pour in." The film sees Kaushal take on the role of the role of the leader who assassinated Michael O' Dwyer, former lieutenant governor of Punjab, to avenge the Jallianwala Bagh massacre that took place in Amritsar in 1919.

The film was loved by fans and received a whopping 9.2 rating on IMDb after its release. The film was one of the highest-rated Hindi films on the platform. The actor posted a note of gratitude to the director of the film and posted some behind the scenes pictures of the duo on the sets of Sardar Udham. He wrote, "Thank You @shoojitsircar Sir for taking me back in time and making me meet your #SardarUdham. An experience that took a lot out of me and gave a lot more in return."

The actor is now all set to appear in yet another biopic as he will be seen in the role of Sam Manekshaw, the Chief of the Army Staff during the 1971 Indo-Pakistan War and the country's first Field Marshal. The film will be titled Sam Bahadur and the actor recently took to social media and welcomed the Dangal duo Sanya Malhotra and Fatima Shaikh to the film. In the caption of the post, he revealed that Sanya will play Silloo Mankshaw and Fatima will take on the role of Indira Gandhi. He wrote, "welcome the leading ladies @sanyamalhotra_ as Silloo Manekshaw & @fatimasanashaikh as Smt. Indira Gandhi to the Samबहादुर family."