Like everyone else, actors Blake Lively and Ryan Reynolds are confined to their homes due to the Coronavirus crisis. It seems that among other things, Lively is adapting creative ways to get her hair coloured amid the pandemic. She recently took to her social media stories to post a picture of a DIY dye kit she received from her hair stylist.

Ryan Reynolds was given the responsibility to colour Blake Lively's hair right. Calling hairstylist an angel, Lively thanked her for the DIY kit. Right below the picture, she had a message for Ryan Reynolds. She wrote, "The fact that you trust @vancityreynolds to get this right makes me concerned for your sanity. But who needs hair anyway!?" [sic] The couple earlier engaged in a fun banter just a couple days ago. Blake Lively posted a picture of Ryan Reynolds hair tied up into really tiny ponytail held together with a blue hair tie. Keeping their iconic banter in the picture, she dared the fans to forget that look of Ryan every time they see him. Ryan Reynold's previously joked that he has been mostly drinking amid the quarantine. 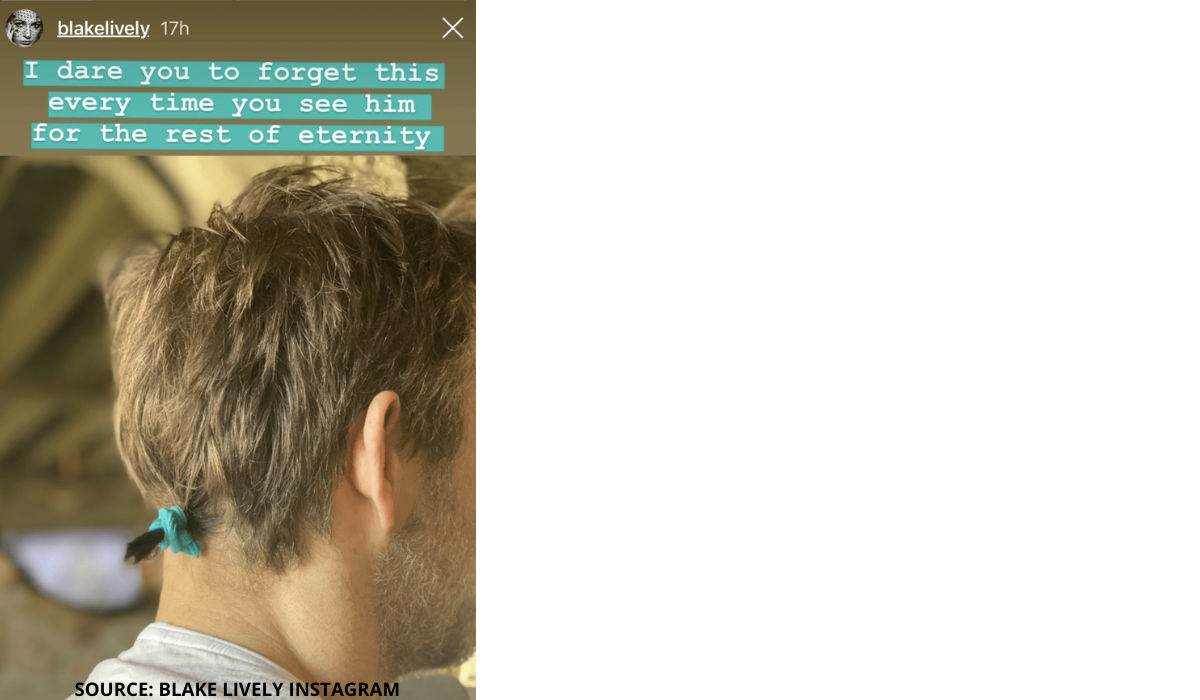 Ryan revealed that he and Blake Lively are doing a lot of home-schooling and are lucky to have a tiny garden. He added that they are trying to make it an educational experience for their kids, but he is mostly drinking. Reynolds reportedly got together with his Free Guy director, Shawn Levy, for another project which is yet untitled.

According to reports, the film's plot will involve time-travel. They are thinking of shooting for the film on the East Coast in the fourth quarter once the pandemic subsides. Free Guy was originally scheduled for a July 3 release, but has now been pushed to December 11, 2020.

PEOPLE HAVE PLEDGED SO FAR
LATEST NEWS
View all
2 hours ago
Netflix's 'space force' starring steve carell early reviews out on rotten tomatoes
22 mins ago
Jimmy fallon apologises for wearing a blackface in a sketch 20 years ago; netizens divided
20 mins ago
Thanos truly is a survivor as he beats joker, voldemort & darth vader; brolin reveals how