The internet had a meltdown when Brad Pitt and Jennifer Aniston met at the Screen Actors Guild Awards in January 2020. Read more about it here.

Also read: Brad Pitt Was The "master" Of The Shirtless Scene In 'once Upon A...' Reveals Tarantino

They started dating in 1998. According to sources, the two met when their agent set them up. The couple got married in 2001. During that time, Pitt also shared the screen with Aniston in a special Friends episode.  The couple then broke up in 2004. Speaking about Jennifer with an entertainment portal, Pitt said that she is fantastic and complicated, wise and fair, and has great empathy for others. 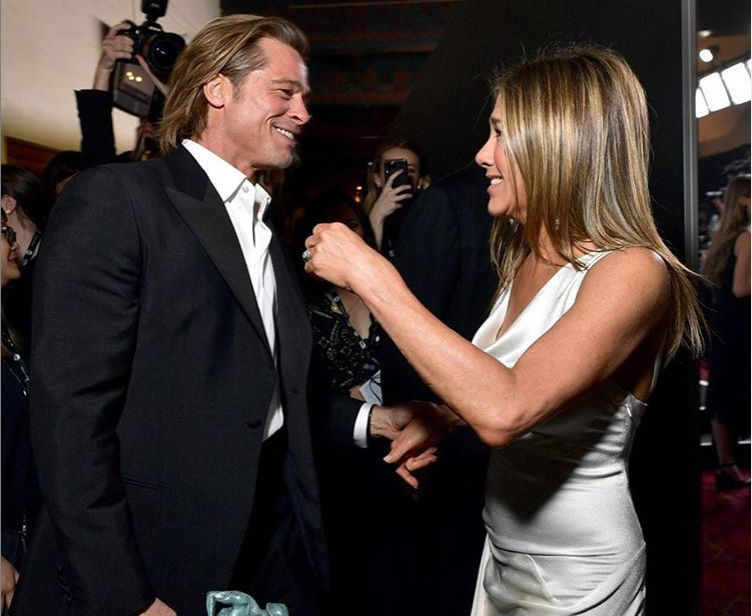 Pitt was with his Once Upon a Time in Hollywood costar Leonardo DiCaprio, along with filmmaker Martin Scorsese and singer Adele. According to reports, Aniston was also standing nearby, but the two former spouses weren't seen speaking to one another. The former couple’s most recent run-in was reportedly was rather chill as compared to their last one. Both actors won awards at the Screen Actors Guild Awards in January. This resulted in a backstage reunion that caused a stir on the internet among the people.

Their after-party meeting took place after the former couple nearly broke the internet when they met at the Screen Actors Guild Awards. Both won awards there, and they had a moment backstage. Pitt also famously joked about his dating history at his Golden Globes win. During his acceptance speech, he said that he wanted to bring his mom. "But everyone I sit next to they say I'm dating," he quipped.

WE RECOMMEND
2 months ago
Brad Pitt was the "master" of the shirtless scene in 'once upon a...' reveals Tarantino
2 months ago
Gigi Hadid & Jennifer Aniston twin in the same black Versace dress

PEOPLE HAVE PLEDGED SO FAR
LATEST NEWS
View all
13 hours ago
Keanu Reeves and Alex Winters give inspirational message to high school graduates
1 day ago
Fan theory predicts Chris Hemsworth's exit from MCU & an epic storyline for 'Avengers 5'
1 day ago
'Observe and Report' shooting locations: All about the film and its filming spots
1 day ago
Ben Affleck's private Instagram account with only three followers leaked on Twitter
13 hours ago
Jennifer Lopez starrer 'The Boy Next Door' should be next on your watch list, Read why