Britney Spears' former husband, Jason Alexander, was charged with stalking after appearing unannounced at her and Sam Asghari's wedding. 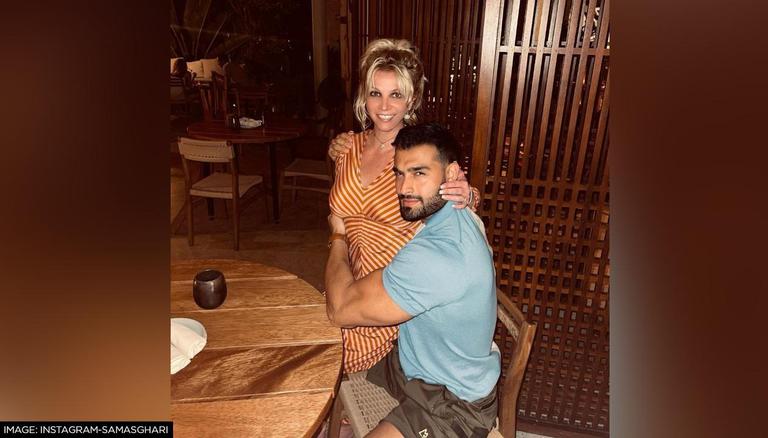 
Britney Spears tied the knot with longtime beau Sam Asghari in a dreamy, star-studded ceremony on June 9. While their wedding saw a trail of distinguished guests, one person who grabbed attention was the singer's ex-husband Jason Alexander, who showed up uninvited. The 40-year-old was charged with felony stalking, however, he pleaded not guilty to the charge.

Not just this, Jason Alexander also pleaded not guilty in Ventura County court to the misdemeanour counts of trespassing, vandalism and battery, according to AP. The charges stem from his attempt to barge into the ceremony, which he also live-streamed on social media. Spears' attorney Mathew Rosengart said that Jason had committed multiple instances of stalking over time.

Rosengart said Jason should be 'vigorously prosecuted', calling his repeated stints a 'very serious matter'. "This was more than just a quote ‘wedding crash.’ This was an intrusion," the attorney added. A restraining order has been issued against Jason, requiring him to stay at least 100 yards from the Toxic hitmaker for about three years. Another hearing has been scheduled for Wednesday, with the judge setting his bail at $100,000.

For the uninitiated, Jason was Spears' first husband, with the duo's marriage lasting for even less than three days in 2004. Alexander was live on Instagram when he reached her wedding venue and told security she had invited him. He was later detained by security and eventually arrested when they learned he had a warrant for arrest in another country.

Spears and Asghari tied the knot almost nine months after getting engaged. Dropping dreamy glimpses from the nuptials on her Instagram handle, she dropped a long note, excerpts from which read, "Wow !!! Holy holy crap !!! WE DID IT !!! WE GOT MARRIED !!! Gggggeeeeezzzzz !!! It was the most spectacular day !!! I was so nervous all morning but then at 2:00 pm it really hit me … WE’RE GETTING MARRIED 💍 !!! I had a panic attack and then got it together   … the crew who created our home into literally a dream castle were fantastic !!!".