Dwayne Johnson aka The Rock went fishing on Saturday. He caught a 12lbs fish, which he posted about on Instagram with a video of himself 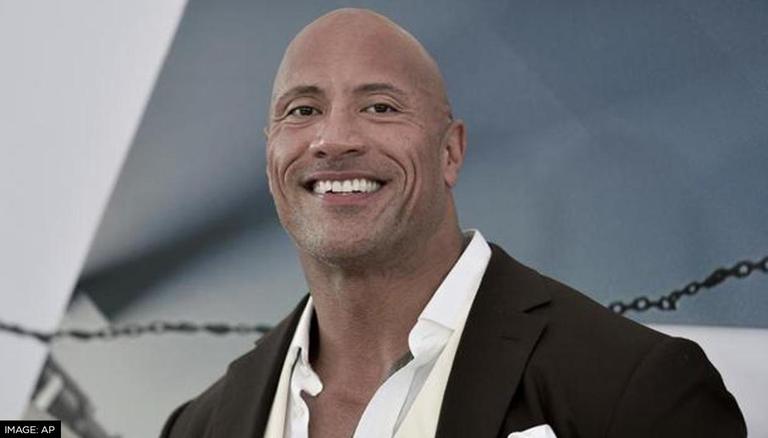 
Dwayne Johnson aka The Rock went finishing on Saturday, October 2. The wrestler-turned-actor took to his official handle to share the fishg experience with his fans. The actor said that he caught a 12lbs fish, which first retaliated but ultimately 'surrendered' to 'big daddy'.

The Rock says in the video, that there was a 12 lbs bass fish in the water. The video was recorded before he had actually caught the fish. His caption stated, “She put up a helluva fight but eventually she surrendered to big daddy.. At least that’s my story and I’m sticking to it, with hashtags like "12lbbigmama, onthewater, mypeaceandbalance.  "Enjoy your weekend, my friends," Dwayne added in his post.

Dwayne Johnson to be seen in upcoming Red Notice

The former wrestler turned actor is mostly known for his roles in the movie series Jumanji and Fast and Furious. The Rock will be back on the big screen in the upcoming film Red Notice. The first trailer for Netflix's mammoth $130 million action film Red Notice, starring Dwayne Johnson, Ryan Reynolds, and Gal Gadot, was released during the company's global fan event Tudum. The film will be available on Netflix worldwide on November 12.

Johnson plays John Hartley, an FBI Special Agent who is dragged into the antics of art thieves Nolan Booth (Ryan Reynolds) and Sarah Black in the film written and directed by Rawson Marshall Thurber (Gal Gadot). Johnson and Thurber's characters are seen sneaking into a room full of precious artifacts, including a bejeweled egg, only to be accosted by Gadot's Black. Following Central Intelligence (2016), a Warner Bros. action-comedy in which he co-starred with Kevin Hart, and Skyscraper (2018), a thriller starring Neve Campbell, Chin Han, Roland Miller, and others, Red Notice is Johnson's third collaboration with Thurber. Thurber collaborated with Beau Flynn of the Flynn Picture Company to develop his latest film. Under their Seven Bucks Productions company, Johnson, Dany Garcia, and Hiram Garcia also produced, with Scott Sheldon of Flynn Picture Company producing. Chris Diamantopoulos, Ritu Arya, and others also appear in the film.

It’s what dreams are made of.
And nightmares.
F*cking @VancityReynolds it’s all his fault!
(though he did tell me to read the room;)
Netlfix’s biggest movie ever… and most FUN! #REDNOTICE#Nov12th #Netflix https://t.co/9Y2OeGE315

A two on one fight! That’s unfair… for you 😊
Go and send your condolences to @therock and @vancityreynolds, it’s not their fault the cards were stacked against them.

WE RECOMMEND
Dwayne Johnson lookalike shares more than just similar looks with 'The Rock'; Read to know
When will Ex-WWE star Dwayne 'The Rock' Johnson be back on the ring? Check here
Dwayne Johnson aka 'The Rock' enjoys 'fun pool day' with his kids; see pics
‘Jungle Cruise’: Dwayne Johnson on working with director Jaume, says he has ‘unique sense’
Dwayne Johnson's weekend breakfast vibe; Shares an adorable photo with daughter Tiana
Listen to the latest songs, only on JioSaavn.com