With fans eagerly waiting to watch 'Eternals' in theatres on Nov 5, actor Harish Patel who will be seen playing the role of Karun shared thoughts on the sequel. 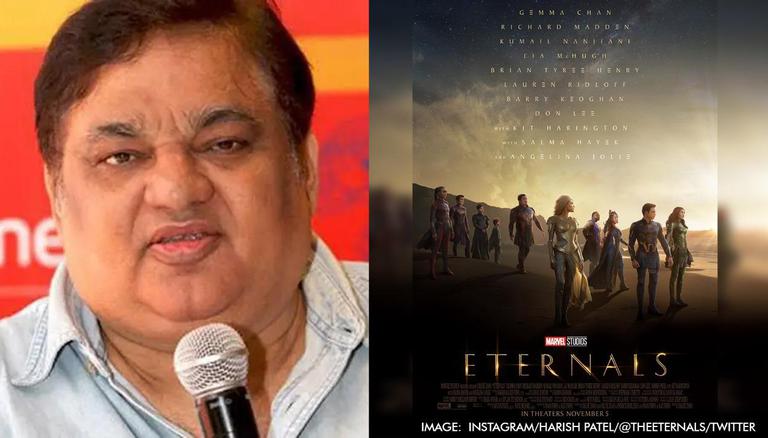 
With fans eagerly waiting to watch Eternals in theatres on November 5, actor Harish Patel who will be seen playing the role of Karun in the film shared his thoughts on the sequel. In a new interview with Pinkvilla, the actor who will play Karun, who is an assistant/manager to Bollywood star/superhero Kingo, played by Kumail Nanjiani, confessed that he is still not aware of the sequel.

Though the actor does not know much about the sequel, yet he showed his interest in working with the team again and shared that he will request the makers to cast him again. Throwing light on the same, Harish told the leading daily that so far nothing has been conveyed to him and he does not know much about it either. But, one thing he can surely tell is that he definitely will be a part of the film. The actor confessed that he will tell the makers about his interest in working with them again and so he told his fans that they will see him in Eternals.

Patel further shared his experience of working with such marvellous actors in the film. Speaking of the differences in working in Bollywood and Hollywood, Patel revealed that the atmosphere in Hollywood is often much more relaxed, and actors are given every kind of help to ace their roles. Elucidating, he said that the actor just needs to work on his role. Patel also said that Hollywood filmmakers and actors are commitment-driven and dedicated to their work.

Patel further exclaimed in the excitement that he still can’t get over the fact that he was a part of an MCU film. He said that ‘I still can’t believe I worked with MCU,” where he is cast alongside Hollywood icons like Angelina Jolie, Gemma Chan, Richard Madden, Salma Hayek, and Oscar-winning director Chloé Zhao.

Earlier, Angelina Jolie had shared her views on the possibility of an Eternals sequel. During the world premiere of the film, Angelina Jolie spilt the beans about the upcoming sequel when she interacted with the hosts. As she was accompanied by her Eternals co-star, Kumail Nanjiani, the latter began praising Jolie's performance in the film and stated how it was so inspiring and intimidating. He also stated how it felt really special to watch her play her character of Thena and added how she conveyed through her physicality so well. In response to the praises.

Angelina Jolie stated that their characters were just obsessed with each other and then added that she hoped their characters were very good sparring partners in the sequel because they were polar opposites. In response to that, Kumail agreed to her and stated that it would be a great pairing while the hosts wished that Kevin Feige, who is the President of Marvel Studios, was listening to this as it seemed to be a good idea.

READ | Harish Patel gets mention in official poster of The Eternals with Angelina Jolie, others

WE RECOMMEND
Who is Kit Harington in 'Eternals'? All we know about Harington's Marvel role
'Eternals' to not release in Saudi Arabia, Qatar, Kuwait, Bahrain and Oman; Here's why
'Eternals' features track composed and produced by BTS' Jimin; Chloé Zhao reveals why
Angelina Jolie talks about joining 'Eternals' cast, says 'It's very inclusive & diverse'
‘Eternals’: Kit Harington’s complaint regarding working with ‘GoT’ co-star Richard Madden
Listen to the latest songs, only on JioSaavn.com