Gigi Hadid and Leonardo DiCaprio are going strong in their relationship, stepping out for various date nights, events among other things. 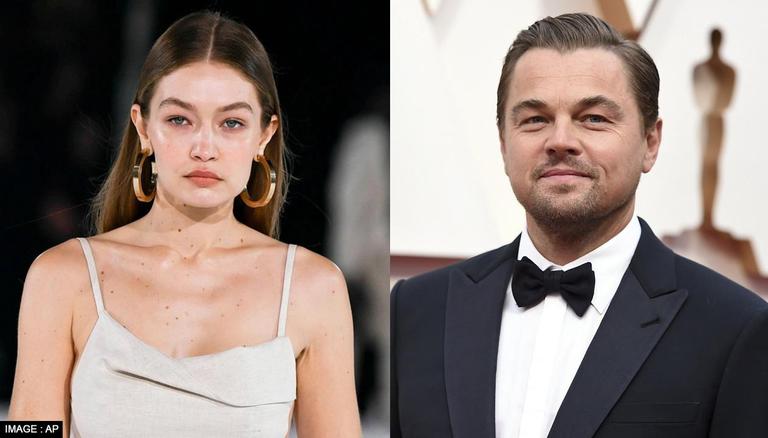 Gigi Hadid and Leonardo DiCaprio are going strong in their relationship, stepping out for various date nights, and events among other things. The couple was recently papped leaving the same restaurant in NYC, where they were reportedly joined by DiCaprio's venture capitalist friend. According to People, the couple enjoyed an evening at Cipriani restaurant, with glimpses of them leaving with their faces covered also emerging online.

A source told the outlet that Gigi is 'smitten' by the Titanic star, who works around her schedule to plan their meetings. The insider further shared that the model 'very much enjoys' seeing Leonardo.

"Gigi keeps spending time with Leo in NYC. He is very understanding about her being a mom and works around her schedule to see her — it's very sweet," the source told the outlet and added, "Gigi is smitten." Talking about Leo, the source said he's "a gentleman and quite romantic", however, likes to keep things private. "Gigi shares few details, but she very much enjoys seeing Leo," the insider stated.

The couple sparked dating rumours in September this year after being photographed getting close at Casa Cipriani for a New York Fashion Week party. The bash was thrown by Oscar-winning actor's friends Richie Akiva and Darren Dzienciol in Manhattan's Soho neighbourhood. After that, they were also spotted at Circoloco’s massive Halloween bash at the Brooklyn Navy Yard among several other outings.

READ | Gigi Hadid reveals she is suffering from imposter syndrome, talks about her fashion brand

A source told People at that time that Leo "really likes that she has her life together." It added, "She has a child and she's mature. He wants to be with someone who has the same idea of good causes and political views as he does."

Before Gigi, Leonardo was dating model Camila Morrone, his girlfriend of four years. The couple parted ways earlier this year. On the other hand, Gigi Hadid had an on-again-off-again relationship with singer Zayn Malik for nearly six years between 2015 to 2021. The duo also shares a baby girl named Khai, who was born in 2020.