Recently, about-to-be grandpa Mohamed Hadid penned a note for his grandchild as Gigi Hadid is all set to welcome her first child soon. See how fans reacted.

Recently, Hollywood model Gigi Hadid’s father, Mohamed Hadid penned a heartfelt note for his grandson, who is expected to arrive next month. Taking to his Instagram handle, Mohammed Hadid shared a snippet of the letter on his Instagram handle, in which the about-to-be grandfather spoke about his ‘happy heart’ and the baby. In the letter, he also recalled his first reaction when he learned that Gigi was pregnant.

Soon after Mohamed Hadid posted the letter online, ardent Gigi Hadid and Zayn Malik fans took to their social media handles and expressed their excitement to wish the couple on entering a new chapter in their life. Some fans also enquired about Gigi’s health and asked if the baby was already born. Take a look at how fans reacted to Mohamed Hadid’s poem for his grandchild. 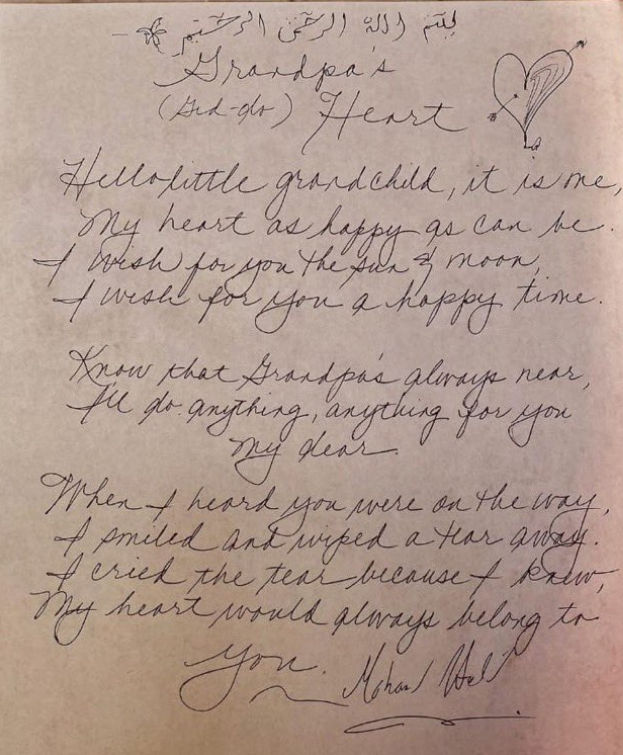 CAN WE ALL JUST AGREE THAT ZAYN MALIK AND GIGI HADID????? pic.twitter.com/KaPO7RxXRq

gigi: when you’re alone, who do you want next to you?
zayn: you pic.twitter.com/pNViMmPC6O

mood. we should wait until gigi or zayn confirm it ðŸ˜†ðŸ’— pic.twitter.com/Bm17sYTQXw

just a reminder that if zayn and gigi choose to keep their baby private and off of social media they have the right to do so. their child isn’t our business unless they want it to be. Is Gigi and baby okay tho?

for everyone wondering abt gigi’s baby- her dad said that she hasn’t give birthðŸ™ˆ pic.twitter.com/qjUs0YTnP0

Mohamed Hadid is so pure. Congrats to Gigi Hadid & Zayn Malik on the birth of their child Xx pic.twitter.com/bfi0oKkdq8

How did Gigi break the news to masses?

The actor confirmed her pregnancy news on Jimmy Fallon's show. Jimmy Fallon congratulated Gigi on hearing the news. Expressing her excitement and happiness, Gigi revealed that she would have taken her own time if the conditions were any different around the world. Adding to the same, Gigi also thanked Fallon for his good wishes and revealed that even though she is stuck at home under self-quarantine with her boyfriend Zayn Malik, she could not be happier.

After officially calling it quits in 2018, the pair reconciled in December 2019 and rang in the new year together. If the reports are to be believed, in January 2020, the two celebrated Zayn Malik's 27th birthday in New York City. After months of speculations about their rekindled romance and paparazzi photos of the two hanging out together, Gigi confirmed her relationship with Zayn by sharing an adorable V-Day post.

WE RECOMMEND
6 days ago
Sagarika Ghatge Khan looks gorgeous in a selfie, thanks Pankhuri Sharma for wardrobe
6 days ago
Trump contradicts CDC Chief on vaccine roll-out date, says 'He was confused'
4 weeks ago
Gigi Hadid wishes her 'good friend' Blake Lively on her 33rd birthday; See post
4 weeks ago
Zayn Malik and Gigi Hadid prepare for parenthood, latter’s mother shares tips
1 week ago
Zayn Malik announces he has 'got some stuff to show', Gigi Hadid drops a comment