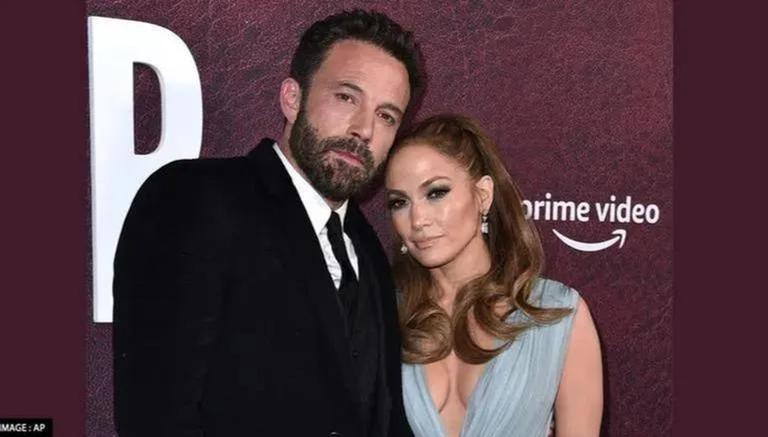 Affleck and Lopez's marriage certificate had their names written on it, that is Benjamin Geza Affleck and Jennifer Lynn Lopez which also reveals that JLo wanted to take her husband's name and legally be called 'Jennifer Affleck' post their wedding. The duo is listed as living in Santa Monica, California and also confirms that they tied the knot on July 17 at the Little White Wedding Chapel in Sin City. The ceremony was performed by Pastor Ryan Wolfe in front of a witness named Kenosha Booth.

The marriage licence was obtained by Las Vegas's 8 News Now and its investigative reporter David Charna shared it on his Twitter handle as he wrote, "We just received the marriage certificate for Jennifer Lopez and Ben Affleck. “It was filed today by the staff of the Clark County Clerk,” according to a county spokesperson.

We just received the marriage certificate for Jennifer Lopez and Ben Affleck. “It was filed today by staff of the Clark County Clerk,” according to a county spokesperson. pic.twitter.com/Rt5jJvHatG

Meanwhile, while fans have been rejoicing over Jennifer Lopez and Ben Affleck's wedding, the singer's first husband Ojani Noa doubts if their marriage will last. In a conversation with the Daily Mail, Ojani Noa said,

"I wish her and Ben the best, but I’m not convinced it will last. Jen loves being in love but she’s been engaged six times. Ben is husband number four. I was husband number one and she told me I was the love of her life. When we lay in bed on our wedding night, she said we would be together forever."

He remarked, "I can’t see her ever settling down with one person. She pushes herself to constantly go forward in her professional life, which is why she’s had a three-decade career, but she also moves on in her private life."