Amber Heard and Johnny Depp were recently in the midst of a legal battle before the jury announced a verdict in favour of the 'Pirates of the Caribbean' actor. 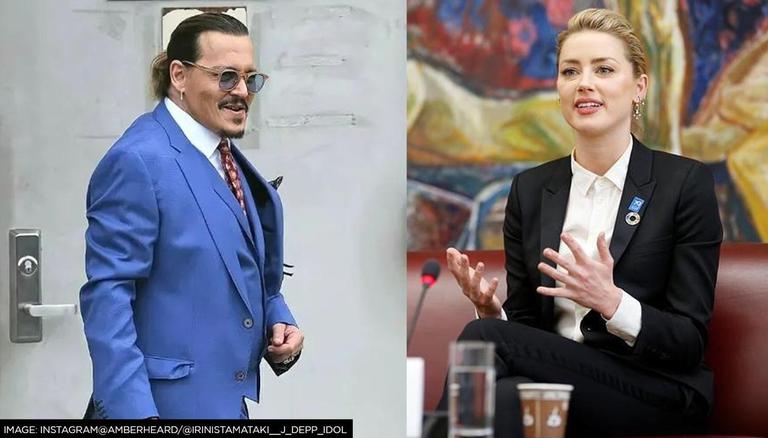 
Amber Heard and Johnny Depp recently made headlines as they found themselves in the midst of a legal battle before the jury announced the verdict in favour of the Pirates of the Caribbean actor. Heard recently gave her first interview after the verdict was announced and Depp's team has responded to it claiming that the Aquaman actor is 'reimagining' the case.

They also mentioned that Depp is 'looking to move forward', as per a report by The Independent.

They also gave an update on Depp after the trial and mentioned he was 'looking to move forward' in his life. As per the publication, they said-

"It’s unfortunate that while Johnny is looking to move forward with his life, the defendant and her team are back to repeating, reimagining and re-litigating matters that have already been decided by the court and a verdict that was unequivocally decided by a jury in Johnny’s favour."

In her interview with Savannah Guthrie of NBC, the actor mentioned that she would stand by her testimony till her 'dying day' and claimed she was paying the price for 'speaking truth to power'.

She also shared her experience of speaking out about her alleged abuse in a courtroom full of people 'expressing their vocal support for Depp'. She also shared what it was like for her to arrive at the court during the trial with people holding up signs with messages she 'couldn’t repeat on television'. She said, "They had to establish barricades to protect me so I could drive into a protected entrance of the courthouse. Every single day that’s how I walked in the court."

After the high-profile trial came to an end, the jury announced a verdict favouring Depp. They declared that Heard defamed Depp in the op-ed she wrote about domestic violence.