Actor Keanu Reeves who is looking forward to his release The Matrix Resurrections recently reflected on the viral picture that showed him sitting with sad face. 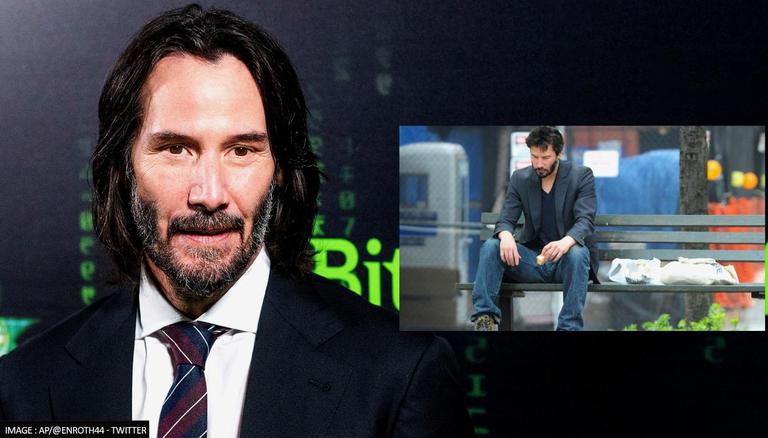 
Actor Keanu Reeves who is excitedly looking forward to his upcoming release The Matrix Resurrections recently reflected on the viral picture that showed him sitting with a sad face. Earlier, this week, the actor appeared on The Late Show with Stephan Colbert to promote his film and gave fans an insight into one of his popular memes.

The actor had garnered much attention on social media after the ‘Sad Keanu’ meme surfaced online, leaving it as an unsolved puzzle for his fans. However, Reeves revealed that there wasn’t anything as depressive about the photo as netizens were imagining.

The old meme showed a morse looking Keanu in New York City while looking back at some unpleasant memories and dark experiences. While sharing the story behind the meme, the actor told the host, “Man, I’m eating a sandwich. … I was thinking. I had some stuff going on. I was hungry.” Not only this but the meme was also included in one of his books BRZRKR that Reeves co-wrote with Matt Kindt. The Speed actor said that he had no idea that the Kindt would include the recreated version of the meme in the book.

Adding, he told on the show that ‘“I didn’t know he was gonna do that, but that’s what he did, so I think it’s kind of meta. The artist kind of — I think — took that meme and whatever that is, that photo, and put it into the comic book. So that’s life in art.” When asked by Colbert whether he was sad when the picture was taken, to which he admitted that he had something on his mind, but his priority was to fulfill his stomach. He told the host that he ‘had some stuff going on, but I was hungry.”

Meanwhile, The Matrix Resurrections has been written and directed by Lana Wachowski who has co-written and co-directed the other three movies of the franchise with her sister Lilly Wachowski. Lilly earlier in an interview explained that she did not wish to return for directing the upcoming instalment.