Did Khloe Kardashian Shade Jordyn Woods Over Her Lie Detector Revelation? Details Inside

Khloe Kardashian recently took to Instagram and posted a cryptic picture on her story. Many fans are tweeting about this and stating that Khloe is throwing shade at Jordyn Woods after she made an appearance on the Jada Pinkett’s Red Table Talk show. Read on to know more about this story.

She also made a series of stories that started quotes like, “Learn to discipline your emotions and handle yourself with grace in situations where people push you into being cruel." and "Being nice is honestly so hard when everyone is so stupid." The third story had the quote "Liars are always ready to take oaths." The final quote, however, came as a surprise to fans. The Instagram story stated, "Stop being so f**king forgiving, people know exactly what the f**k they're doing." This quote surprised fans because Khloe Kardashian had reportedly publicly forgiven Jordyn and Tristan just last week. 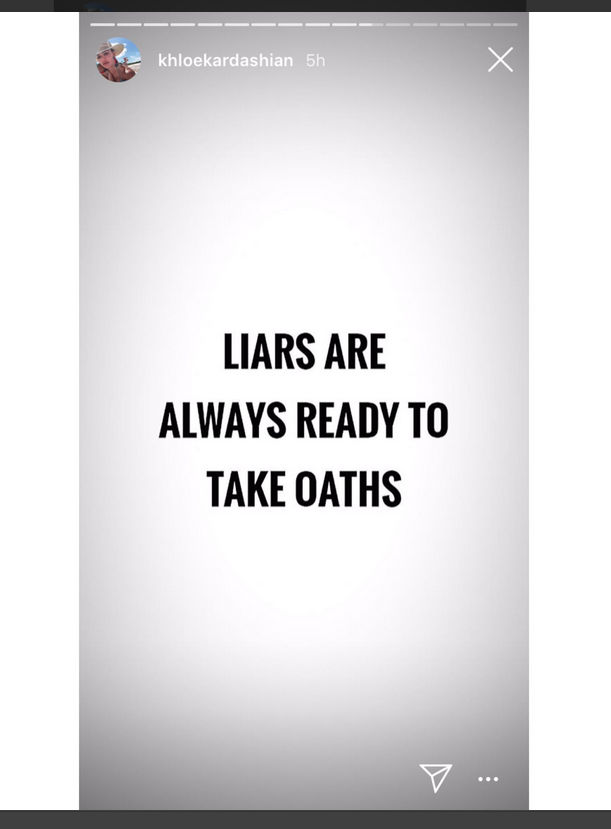 She didn’t “return” to #RedTableTalk this was the same day as the original interview. Y’all making her seem like she’s out her speaking on shit that provides no value to her life https://t.co/kTDMMlte8f

#KhloeKardashian Posts Cryptic Quote About 'Liars' After Jordyn Woods Passes ...https://t.co/5DYT1xd1gB Enough is Enough!! #KhloeKardashian almost a mother figure over #JordynWoods but she continues to act like a senior citizen bully to this her, over some old bull 💩. STOP!!😤

PEOPLE HAVE PLEDGED SO FAR
Pete Davidson: Ariana's 'Thank U, Next' made it difficult to seek comfort after breakup
Robert Pattinson's evolution as an actor; from 'Harry Potter' to 'The Batman'
Ryan Reynolds and Josh Brolin's fun moments on social media will make your day
Dwayne Johnson gives cues on how to dress up for a casual party; See pics
Are Cole Sprouse and Lili Reinhart still dating? Details here
DO NOT MISS
AKHILESH VISITS AZAM KHAN IN JAIL
JUSTICE S. MURALIDHAR ON TRANSFER
BREACH OF PROPRIETY OR CONVENTION?
DELHI VIOLENCE: CRIME BRANCH FORMED
SHOCKING FINDINGS AT TAHIR'S OFFICE
SONIA GANDHI MEETS PRESIDENT