As the fans have been enjoying the movie, 'Red Notice', Dwayne Johnson dropped in a hilarious blooper video clip for the fans. Watch here 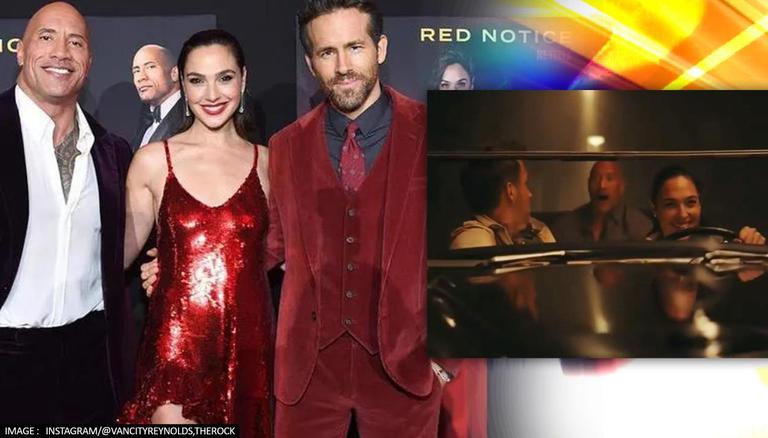 
Dwayne Johnson, Gal Gadot and Ryan Reynolds were recently featured in the American action comedy film, Red Notice, which went on to become a great success on Netflix. Owing to the fan following the movie commanded, Dwayne Johnson recently dropped a video clip of behind the scenes bloopers from Red Notice, leaving the fans in splits.

Red Notice, written and directed by Rawson Marshall Thurber has been streaming on Netflix. The heist comedy has become the most-watched movie in its debut weekend on the streaming giant.

Dwayne Johnson recently took to his official Instagram handle and shared a video clip in which he depicted some hilarious behind the scenes glimpses of the entire cast. The first blooper began with Ryan Reynolds taking out one of Cleaoatra's Eggs from a box but then accidentally dropping it on the floor and leaving the team in splits. Meanwhile, another blooper includes the scene involving Dwayne Johnson and Ryan Reynolds sitting together in a room having a discussion about the third egg but their conversation takes a hilarious turn when they begin to improvise their dialogues.

Further in the video, when Reynolds and Gal Gadot share the screen, it depicted how the latter could not control her laughter when Ryan Reynolds delivered a funny dialogue. The video illustrated more hilarious glimpses of the cast members improvising the scenes and their dialogues while goofing up in front of the camera.

In the caption, Dwayne Johnson stated that his co-stars — Gal Gadot and Ryan Reynolds — and he had a blast while filming the movie. He also mentioned that since he has been friends with Ryan Reynolds for 20 years, they knew exactly how to push each other's buttons in the scenes to get the other to laugh. The caption read, "RED NOTICE BLOOPERS!! Between @gal_gadot @vancityreynolds and myself ~ man we had a blast. Clearly, I stopped giving a fuck many years ago when it comes trying NOT TO LAUGH Plus, Ryan and I have been friends for 20years so we know exactly how to push each other’s buttons in these scenes to get the other to laugh. And when Gal “giggles” Gadot loses it, it’s game over for all of us Enjoy our shit show, my friends[sic]."

Many fans took to Dwayne Johnson's latest Instagram post and reacted to the bloopers by dropping laughing emojis in the comment section. Many others also added fire and heart emojis to depict how the bloopers were lovely and full of fire. Take a look at some of the fans reactions to Red Notice Bloppers shared by Dwayne Johnson. 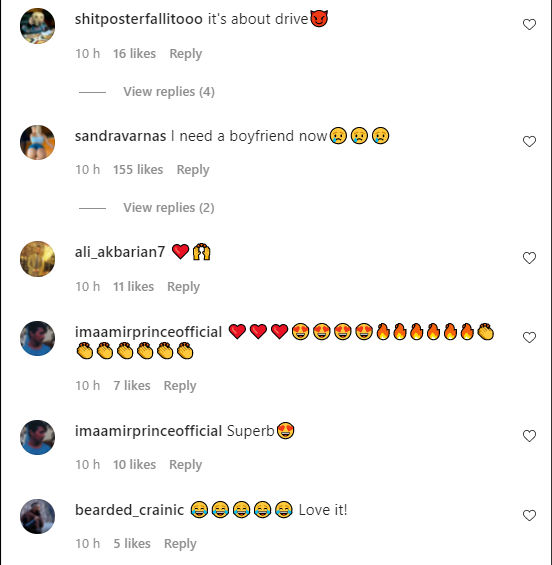