Here is what Ryan Reynolds, Gal Gadot and Dwayne Johnson had to say when asked their views about the success of the South Korean drama, 'Squid Game'. 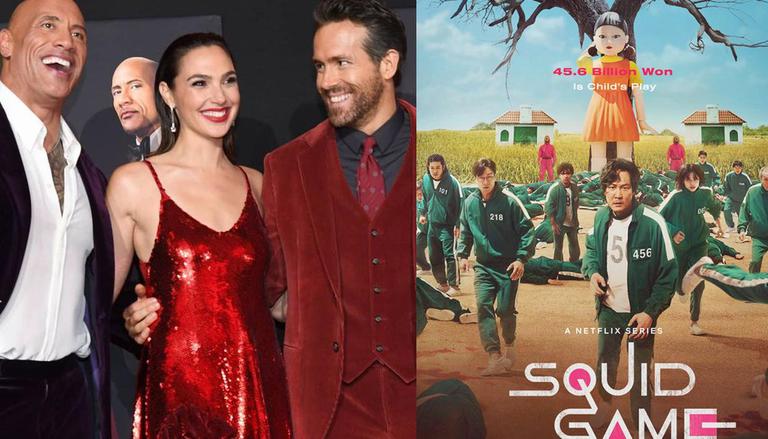 After winning hearts with Squid Game and celebrating the success of the show, Netflix is set to stream its most-expensive movie Red Notice with an A-list star cast. The Red Notice cast, meanwhile, were asked to share their views on Squid Game in a recent press conference. Here is what Ryan Reynolds, Gal Gadot and Dwayne Johnson had to say about the South Korean drama.

'Korean culture on of the richest, deepest in the world': Ryan Reynolds

As per a report by Pinkvilla, the three actors were asked about their views about the immense success of Squid Game. Deadpool star Ryan Reynolds was all praises for South Korean culture and reminisced about his promotional appearance on The Masked Singer in 2018 for Deadpool 2.

The actor called the Korean culture one of the richest and deepest in the world and mentioned how apart from their contribution to pop culture, South Korean game shows are very interesting. He also revealed that he is a huge fan of South Korea and always stops by when on his global press tours. He added that Korea will always have a special place in his heart.

On the other hand, Gal Gadot did not have much to say as the Wonder Woman star did not watch Squid Game or any other Korean show or movie in the past 15 years. The actor recalled watching an intense Korean movie years ago and revealed the film's story was very different. She, therefore, called Korean content sophisticated which is doing universally very well.

Dwayne Johnson, on the other hand, said he loves it when something just hit the screens and go popular in no time. While the Black Adam actor did not watch the show, he was still happy to see people turning to their phones for Squid Game. He also recalled the hilarious incident between the show creator Hwang Dong-Hyuk and basketball player LeBron James.

The much-awaited OTT release of Red Notice is scheduled for November 12 on Netflix.