Sandra Bullock and Keanu Reeves were rumoured to be dating several times in the past few years. Bullock recently addressed the dating rumours. Read on. 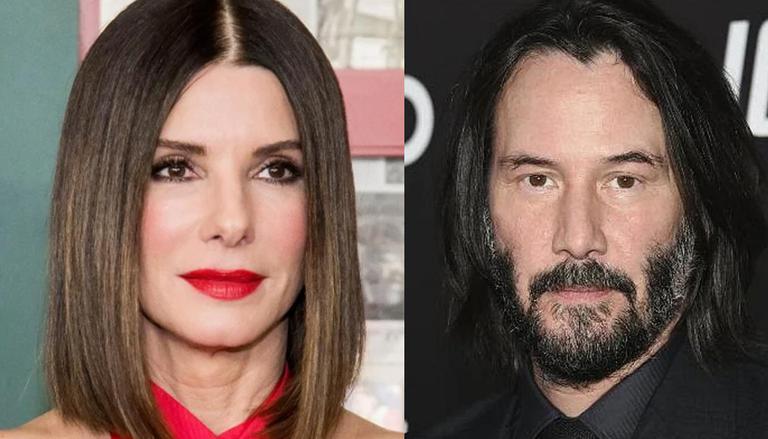 
Sandra Bullock and Keanu Reeves have often been rumoured to be dating in the past. The Lake House co-stars have publically admitted they had a crush on each other at the same time in the late 90s, which they did not know about, and have praised each other several times. However, the Ocean's 8 star has now put all these dating rumours to rest.

During a chat with Esquire for the Matrix star's magazine cover, Sandra Bullock addressed the never-ending question, did she and Reeves ever date? Bullock gave a straightforward 'No' to the question. However, she did carry forward her answer and talked about what it would have been like if they have dated. The actor mentioned Keanu Reeves is a guy who is friends with every woman he has ever dated and claimed she does not know anyone has anything horrible to say about him. Sandra also added, "So maybe we could have survived. I don't know." The actor further said they did not have to survive anything as they get to grow up together on parallel roads, meet for dinner and try to work together. Bullock, at last, said she is more in awe of the person Reeves is with passing time.

Keanu Reeves and Sandra Bullock have worked together twice: in 1994's Speed and 2006's The Lake House. When the magazine asked Reeves if he would like to work with Bullock again, the John Wick star said, "I sure hope so." The actor further called Bullock a wonderful artist and person and asserted the two of them have good chemistry. He further said he would be really excited to perform with Bullock again.

Back in 2018, Sandra Bullock revealed she had a crush on Reeves while shooting for 1994's Speed while talking to Ellen DeGeneres. The actor revealed she would find it difficult to be serious on shoots and also recalled several instances where Reeves took care of her. In 2019, Reeves revealed he had no idea about Bullock's crush on him during his appearance on The Ellen Show. He further said he also had a crush on Bullock.