Sarah Hyland and Wells Adams have been giving the internet couple goals ever since they made their relationship official and may be tying the knot soon. 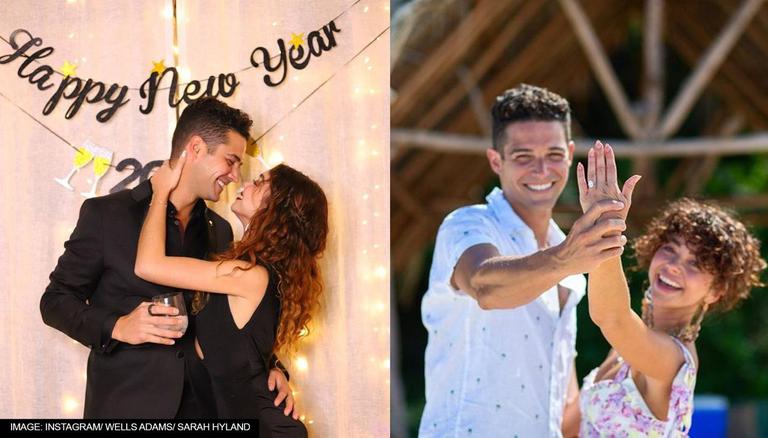 
Sarah Hyland and Wells Adams have been giving the internet couple goals ever since they made their relationship official. The couple also got engaged a few years ago but were never able to have a wedding owing to the global COVID pandemic. However, on the occasion of New Year 2022, Sarah took to social media and shared glimpses from her celebration with her fiance. She also officially announced that the duo would tie the knot in 2022 and used a Friends reference to do the same.

The duo shared images from their New Year photoshoot and gave the camera some chic poses. Sara was seen in a gorgeous deep neck black dress, which had hints of sparkle, that took the outfit to the next level. Wells on the other hand was seen in a black turtle neck t-shirt, which he paired with a classy grey suit as he posed alongside his longtime girlfriend. As Sarah posted the pictures, she captioned it something that any Friends fan would immediately understand she she wrote, "2022: The one where they finally get married."

Several fans and followers of the Modern Family star headed to the comments section of the post and poured in their love for the couple. One netizen wrote, "The Friends episode we’ve all been waiting for  🎉🎉🎉", while another made a reference from Hayland's latest sitcom and said, "that's not Dylan." Another fan saw the pictures and thought the couple was announcing their wedding as they wrote, "For a second I thought this meant you got married today." 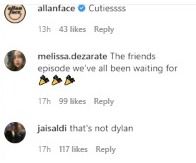 The couple often upload pictures together and indulge in PDA on social media. They are both also fond of travelling and share glimpses into their adventures. The duo recently went to South Africa and Wells got a chance to take Sarah around the country he loves. He shares some delightful pictures and wrote, "To say this was a trip of a lifetime is an understatement. Getting to show @sarahhyland a country I love was truly magical. If you’ve never been to SA, you should strive to visit in your lifetime. From the breathtaking views from the Cape to the gorgeous vineyards backdropped by massive mountains in the wine country to the magnificent and timeless wildlife grazing the plains."