After keeping fans on their toes for long, makers of 'Spider-Man: No Way Home' have finally released the trailer while holding up a major twist. Read on. 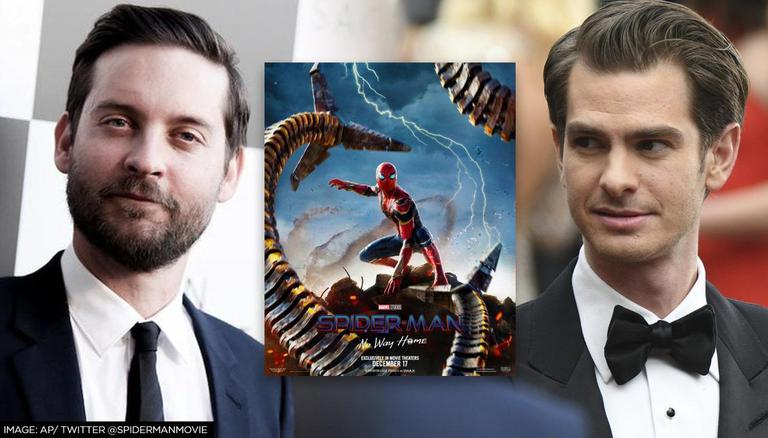 With the second trailer, the Marvel Cinematic Universe debuts an almost-Sinister Six of Alfred Molina's Doctor Octopus, Willem Dafoe's Green Goblin, Jamie Foxx's Electro, Thomas Haden Church's Sandman, and Rhys Ifans' Lizard. For now, fans of the film have to live up to the revelation of the villains and stay calm to know more about the absence of Maguire and Garfield.

Is Tobey Maguire & Andrew Garfield a part of Spider-Man: No Way Home?

According to Comicbook, it is believed that the makers are trying to keep the reunion of the trio a secret. With the trailer being released, fans can now see the current Spidey Tom Holland interact with his predecessors, who helped pave the way for his performance as Peter Parker. While it hasn't been confirmed if Maguire and Garfield show up in Spider-Man: No Way Home, it hasn't stopped the rumor mill from churning online with speculation.

Recently during his appearance at The TODAY Show, Andrew Garfield cleared the air of speculations hovering around and denied his involvement in the Spider-Man film. Talking about the film, he then said, “Listen, I'm not in the film. I love Spider-Man, I always have, I was so happy to have played the part. I'm so excited to see what they do with the third one. Just like you are, to be honest. That's not the diplomatic answer; I really, really mean it."

Adding, he expressed his excitement for the third film and said that he has been desperately waiting for the film. “I love Tom Holland, I love [director] Jon Watts, I love [producers] Amy Pascal and Kevin Feige, and what they've done with those movies and that character. It's an important character to me. So I'm just really excited to see what happens in the third one, as you guys are,” he concluded on the show.

READ | 'Spider-Man: No Way Home' trailer out: Tom Holland to fight 'visitors from every universe'