'Spider-Man: No Way Home' Gets 3rd Biggest Global Debut With $587 Mn After THESE Films

Despite rising concerns about the Omicron variant of COVID-19, the latest release 'Spider-Man: No Way Home' is smashing all box-office records. 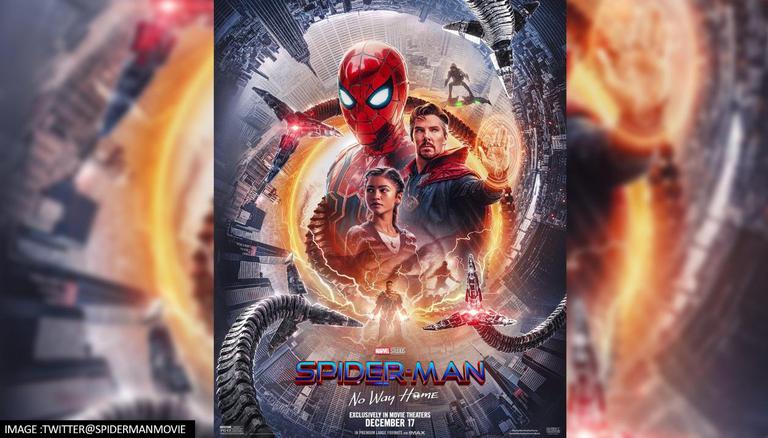 
Despite rising concerns about the Omicron variant of COVID-19, the latest supernatural film Spider-Man: No Way Home is smashing all box-office records. The film, starring actor Tom Holland in the titular role, is not just crushing pandemic box office benchmarks, it's notching all-time records.

According to Variety, the film has minted a mighty $587.2 million over the weekend. With the current weekend’s global tally, the latest release ranks as the third-biggest worldwide debut in history after Avengers: Endgame ($1.2 billion) and Avengers: Infinity War ($640 million). Notably, the top two films opened in China, which is currently the world’s biggest movie-going market, while No Way Home has yet to secure a release date there.

Spider-Man: No Way Home gets a global debut

Domestically, Spider-Man: No Way Home garnered $253 million over the weekend, the third-best debut ever. Sony and Marvel Studios shelled out $200 million to produce the film and at least $100 million more for global marketing efforts. Tom Rothman, Sony’s Motion Picture Group chairman and CEO told Variety that the historic collection over the weekends confirms the impact of the theatrical release on moviegoers. “This weekend’s historic ‘Spider-Man: No Way Home’ results, from all over the world and in the face of many challenges, reaffirm the unmatched cultural impact that told the international outlet."

Tom further thanked people and die-heart fans on behalf of his team who have made such a landmark film. He further said that this year the Christmas celebrations are going to be fabulous for everyone as they have a big screen gift of 2021’s mightiest Super Hero Spider-Man. As reported by Variety, according to Sony, Spider-Man: No Way Home raked in $334.2 million from 60 overseas markets. Incomparable territories, the film’s opening weekend is slinging past Spider-Man: Far From Home by 72%, No Time to Die by 113%, Venom: Let There Be Carnage by 183%, F9: The Fast Saga by 210%, and Spider-Man: Homecoming by 113%.

READ | Kevin Feige reveals why Kirsten Dunst and Emma Stone were not in 'Spider-Man: No Way Home'