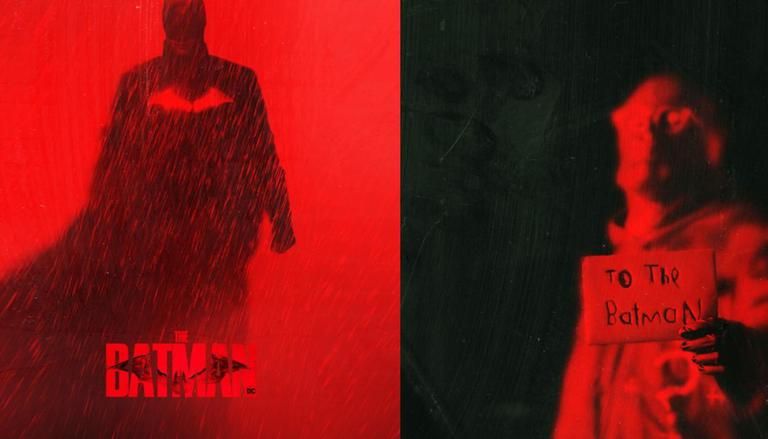 
While fans have watched several stars taking the role of Batman over decades, it is now Robert Pattinson's turn to step in the caped crusader's shoes. The Robert Pattinson starter is one of the most anticipated Batman films ever since it was announced. While Warner Bros is set to release another trailer of the upcoming film on DC FanDome event on October 16, they treated fans with two new The Batman posters.

Taking to Twitter, Warner Bros recently dropped two new The Batman posters. The posters had a crimson red theme, prominently highlighted in most superhero films. In the first poster, the makers gave a glimpse of Robert Pattinson as the Caped Crusader, standing under the rain. The second poster was much more intriguing as it highlighted the main antagonist Riddler, played by Paul Dano. He held a note addressed to the Dark Knight. The poster gave a good look at the villain's costume, which had a large question mark on its side. Both the posters had the film's release date, March 4, written on them. Sharing the posters, the production company wrote, "In anticipation of the new trailer for The Batman during DC FanDome tomorrow, check out posters for Batman and Riddler."

In anticipation of the new trailer for #TheBatman during DC FanDome tomorrow, check out posters for Batman and Riddler. Tune in to #DCFanDome here: https://t.co/80vlZgaebu pic.twitter.com/sim36Ws9tv

Earlier this week, the filmmakers released a new teaser of the upcoming film. The teaser had Batman's light signal in a crimson red coloured theme. In the background, Robert Pattinson said, "It's not just a signal, it's a warning." The teaser further revealed the production company would unveil the new trailer of the upcoming film at the DC FanDome event, on October 16. Sharing the teaser, the film's social media handle wrote, "'It’s not just a signal; it’s a warning.' this Tweet for reminders before and when The Batman is released."

READ | 'Batman' Michael Keaton tries on his Batsuit after 30 years, says it still fits him

“It’s not just a signal; it’s a warning.” ❤️ this Tweet for reminders before and when #TheBatman is released. pic.twitter.com/ouos1t3PZ4

Details about The Batman

The upcoming film stars Twilight star Robert Pattinson as the Dark Knight. It also has Zoe Kravitz playing Catwoman and Paul Dano as The Riddler. The film also casts Colin Farrell, Jeffrey Wright and Andy Serkis. The filmmakers wrapped up the shoot of The Batman in March 2020. The film was set to release in 2021, but due to the COVID-19 pandemic, it will be released on March 4, 2022. In August 2020, the makers released a trailer of the film.