'The Matrix Resurrections': DYK Not One, But Two Indian Actors Star In Keanu Reeves' Film?

'The Matrix Resurrections': Not just Priyanka Chopra Jonas, another Indian actor stars in the action film in the role of a game developer. 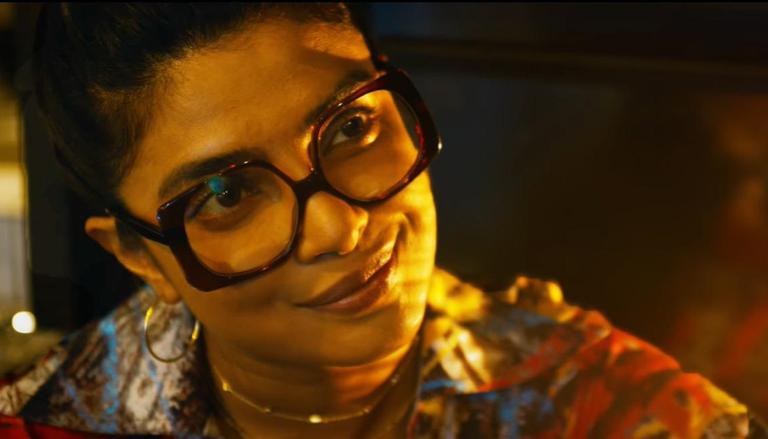 
The Matrix Resurrections is among the major film releases as the year comes to an end. Apart from the venture returning after 18 years, fans of the franchise in India have another reason to look forward to the venture, the presence of Priyanka Chopra Jonas in the cast. While it is common to see the Mary Kom star's name in the credits of Hollywood ventures, there is another Indian actor who is a part of The Matrix Resurrections.

Purab Kohli too is one of the Indian representations in the latest instalment of the popular action franchise. The Rock On star seemed to have kept some mystery surrounding his appearance in the venture. He announced just recently that he has been a part of the promotional events in the United States of America for the Keanu Reeves-starrer.

Purab Kohli another Indian actor, with Priyanka Chopra, in The Matrix Resurrections

Purab took to Instagram to share a snap with wife, Lucy Payton, as they dressed up in style for the premiere of The Matrix Resurrections. In the caption, he wrote that he was not sure if it was 'about last night' or the night before as he had been busy with the various events related to the venture. He stated that it was 'an absolutely fantastic week' for them in San Francisco.

The actor added that he was happy to be a part of the Matrix franchise. He exclaimed that he did not imagine him being part of the popular franchise when he was first 'blown away' by it in 1999.

Purab plays the role of a game developer in the venture. The actor hopes for better prospects in the West after the film releases.

“This is such a big film and you are part of it and clearly a noticeable part. I think it will kind of make an impression. Fingers crossed, people will look at casting me in bigger parts and trust that as an actor I could carry on bigger parts in films that are as big as this,” Kohli, who has moved to London, told PTI in a zoom interview.

Opening up on the project, he said, "I read the whole bound script in one go, and it was a hard copy that came to me. When I put it down and I looked at my wife and said, wow, this is really amazing and she's just gonna blow the world again."

This will be another international project for him after Sense8. That was the reason why he was signed for the film without even auditioning for it, courtesy of his work with Lana on the series

“I didn't audition for ‘Matrix’ because I had worked with Lana on ‘Sense8’, which I auditioned for a couple of times and then also did reading before I got cast. That was the tough one. But once Lana trusted I could act and I think for the ‘Matrix’ it was just a sheer honour that she just thought of me for the part,” he told PTI.

He also raved about the lead star of the movie, Keanu Reeves.

“To work with him, sit next to him and do a scene was just really good. He's not a big star, he is so simple, easy and comfortable and really relaxed. Like every other actor, he's just trying his best to give his best, asking the same questions you ask the director," he said.

"The most endearing thing about Keanu is that he is that real person and has no qualms showing it. He's just being himself and that makes it easy and comfortable to work with him,” Purab said.

Meanwhile, Priyanka Chopra plays the role of Sati, one of the characters shown as a child actor in the previous versions.

The Matrix Resurrections releases in theatres on Friday.