As The Morning Show season 2 recently dropped in the finale episode, the fans were thrilled to see Jennifer Aniston depicting an intimate shower scene. Read on. 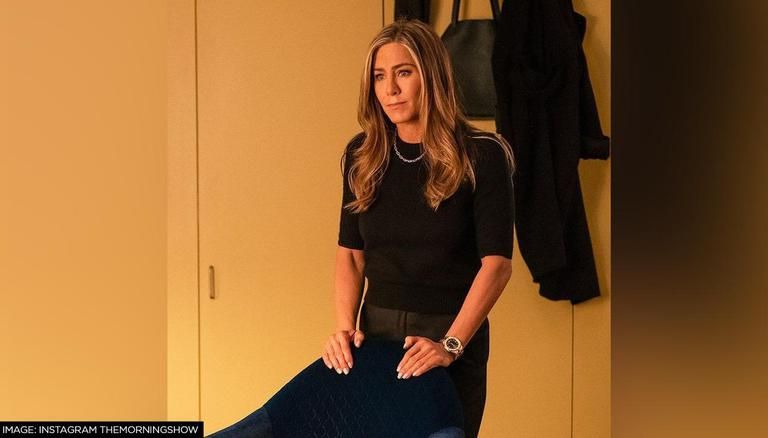 
The Morning Show is the American drama television series featuring Jennifer Aniston, Reese Witherspoon, and Steve Carell in the lead. As the finale episode of the second season recently surfaced online, the fans expressed their reaction to the new season and Jennifer's sensational shower scene.

The Morning Show, inspired by Brian Stelter's book Top of the Morning: Inside the Cutthroat World of Morning TV, premiered in 2019 while the second season was released recently this year.

The Morning Show, created by Jay Carson, recently released the finale episode of the second season and left the fans amazed with the thrilling storyline. The fans were also thrilled to watch Jennifer Aniston's mind-boggling performance during a bold shower scene. In one of the scenes from The Morning Show finale episode, Aniston's character, news presenter Alex Levy walks into the bathroom so that she can have a mental escape while battling COVID-19. As she takes a shower, she experiences a mental breakdown in the bathroom.

Numerous fans took to social media and expressed their reactions to the final episode of the show. One of the fans took to Twitter and stated that this show depicted the best work of Jennifer Aniston and Reese Witherspoon's career while another one stated how the final episode left them emotional on different levels and praised the excellent cast and crew for their spot on storytelling. Some fans also criticized the finale revealing that it was the worst hour of television and mentioned that it was spectacularly awful. Another fan took to Twitter and wrote that the show was losing her a teeny bit halfway through but the finale was amazing. Some fans also praised Jennifer Aniston's performance in the show and stated ow she brought her A-game to the season finale. They also added how the cast and crew were brilliant and urged the makers to announce The Morning Show season 3 release date. Take a look at some of the fans reactions to the finale of the show.

The Morning Show season finale was phenomenal. Through two seasons, this show is the best work of both Jennifer Aniston and Reese Witherspoon’s careers in my opinion 🤷‍♂️. #TheMorningShow pic.twitter.com/iouuuT2sTy

Just finished the season finale of the @TheMorningShow | So emotional on so many different levels. Tears, smiles, heart strings, fear, forgiveness-all the goods. Bravo to an excellent cast and crew on this spot on story telling. Can’t wait for season 3 ✨❤️ #TheMorningShow

The Morning Show season 2 finale was the worst hour of television in the history of television— and that’s a big history! What the f happened? We were dying. It was spectacularly awful. #TheMorningShow

#TheMorningShow was losing me a teeny bit halfway through season 2 but that finale 🤯 it was chaotic good. I especially love hearing the casts POV after each episode!

Jennifer Aniston has been pretty bloody epic in #TheMorningShow but she really brings her A-game to the season 2 finale. Such a brilliant cast and show all round. Hoping for a season 3 announcement soon 🙏